After more than eighteen months of webinars and "work from home" (WFH) during the pandemic, there is  divergence of views emerging on whether or not physical human contact, conferences and meetings are necessary for meaningful discussions. The environmentalists' utilitarian impulse has led many to suggest that a reduction in travel for conferences is saving us on carbon emissions while towns like Davos that depend on a conference economy are lamenting their losses. I am reflecting on these debates while writing this essay at the Italian Villa Serbelloni that overlooks the town of Bellagio at the apex peninsula where the three arms of Lake Como intersect. The Rockefeller Foundation was gifted this unique property in 1959 by Principessa della Torre e Tasso Ella Holbrook Walker, also an heiress to the Johnny Walker liquor fortune, "for the purposes connected with the promotion of international understanding." Gazing at the eternal peace torch that is lit near the driveway entrance to the main villa, I wonder on the impact of this place on those aspirational goals.

Apart from working on my own book project for which I was awarded the residency time, I started to explore the archives of the 1575 conferences held here to consider what this special place has produced. With the kind assistance of the Director of the Bellagio Center Pilar Palaciá and the Residents Coordinator Alice Luperto, I was able to get archival data over the sixty two years that the center has hosted events. We focused on the past decade (2010-2021) to get a contemporary evaluation of the convening texture of the venue (Figure 1). A striking feature of this vast repertoire has been the range of topics that are now firmly connected to discourse on "sustainability." This may well have been the result of curation from the Foundation's staff but likely also a testament to how integrative planetary fields of inquiry require multiple voices to be intimately heard to offer a productive outcome. It is thus no wonder that during the pandemic the relevant United Nations secretariats decided to postpone the Conference of the Parties meetings on Climate Change as well as Biodiversity until physical presence was possible. 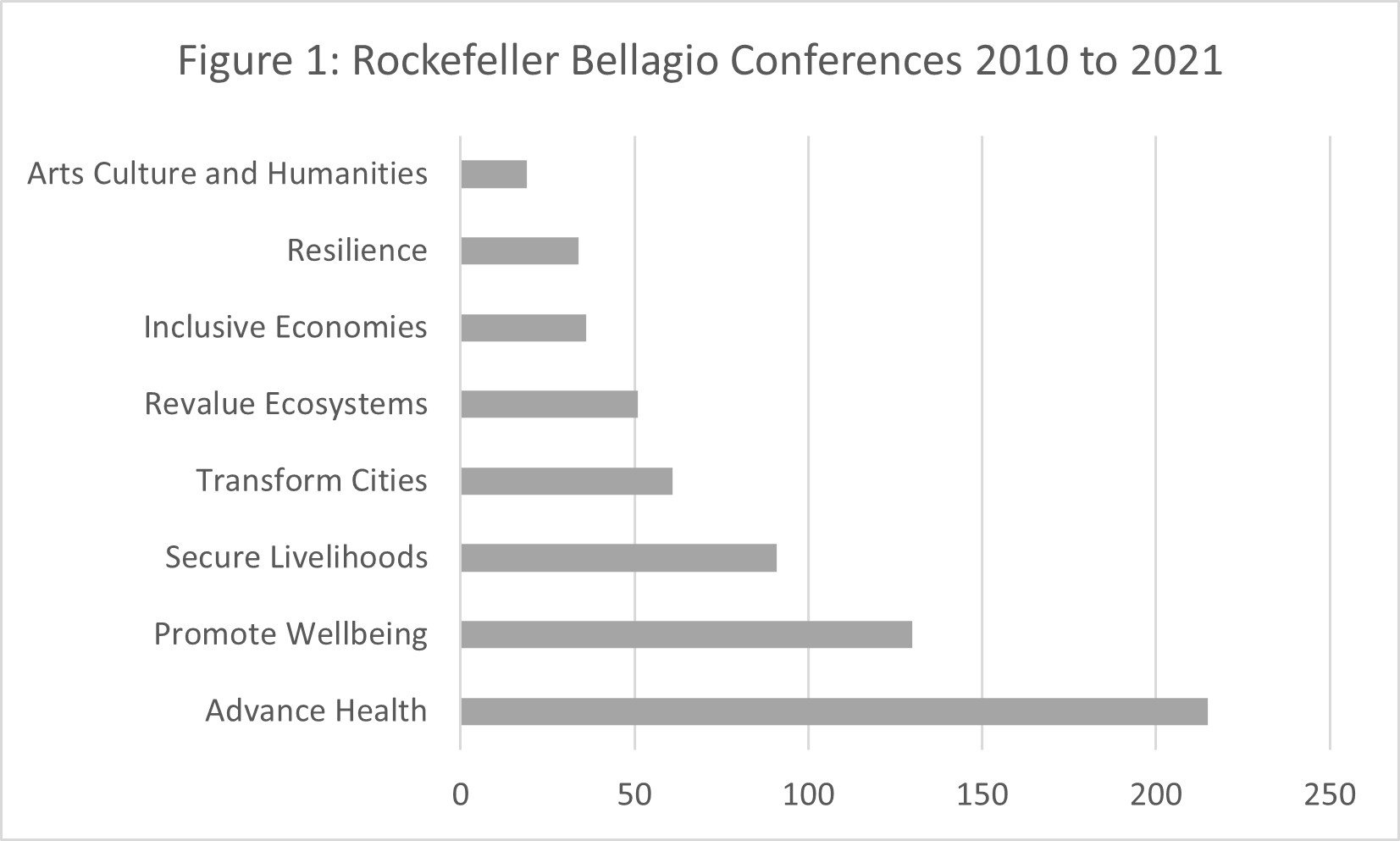 Going through the archives of the foundation, I also found a remarkably thorough retrospective on the first twenty years of conferences at the Center authored by John Marshall, the first director of the center. In his learned evaluation of over 15,000 words, Marshall considered both the views of skeptics of collaborative convenings such as former Yale president Alfred Griswold who believed that "creative ideas do not spring from groups... they spring from individuals. Groups may exploit, change, in some cases even improve upon this creative essence; without it they would have nothing to do." Yet more empirically grounded is the view that was presented by Nobel laureate Werner Heisenberg in his book Physics and Beyond: Encounters and Conversations. "Science rests on experiments; its results are attained through talks among men who work in it and who consult one another about their interpretation of these experiments.....the author aims to demonstrate that science is rooted in conversations."

Perhaps a way to reconcile the divergent views of Griswold and Heisenberg is to consider the distinction, that Marshall noted through the work of physicist Carl Freidrich von Weizsäcker,  between "invention" and "discovery." While the spark of discovery may be an individual action, that might not even be planned, there is a process of ideas exchange between communities of knowledge which builds towards that moment. Unlike a discoverer, an inventor has a more defined goal but the specific intricacies of the end product may initially be elusive. In this context collaborative processes are essential to secure the most efficient and resilient pathways forward in the "inventive" process. Finding vaccines, for example is a targeted goal of invention but there are many paths that can be daunting. Science journalist Jon Cohen in his book Shots in the Dark noted the importance of a diverse group of scientists in the 1994 Bellagio conference in moving forward our understanding of AIDS pathology. As Seth Berkeley, the former president and CEO of the International Aids Vaccine initiative noted of the event "walks through the garden... as people gazed across the lake. they became inspired to move beyond their normal limits...by the second day big daring ideas were emerging.. and by day three participants had concluded that a bold new initiative was necessary." However, Cohen's book also sets forth a cautionary tale that such incubation of ideas is itself not enough and requires concerted efforts of coordination between the public and private sectors to succeed -- indeed we still do not have a globally viable HIV vaccine. Nevertheless, such collaborations have helped to develop effective treatments that have made the disease a chronic illness rather than death sentence on diagnosis. and have also led to the Global Vaccine Alliance (GAVI) for other diseases including COVID-19.

Social and behavioral change towards sustainability also requires us to build trust between communities of knowledge and to erode incipient prejudices with which all humans are afflicted. Physical experiential human contact is able to provide such a mechanism that online gatherings can scarcely impart. The American poet Maya Angelou shared such an experience of her time at the Bellagio Center, in which she had sent a recipe note to the villa's chef, offering to bake cornbread. The chef on reading the note from a resident of the center invited her to the kitchen and the mere act of cooking and baking together transformed a retinue of prejudices that the staff might have had: "I learned that day that a respect for food and its preparation could obliterate distances between sexes, languages, oceans and continents." The psychologist Edward Hallowell referred to such instances as "the human moment" -- which requires two key ingredients: a) physical co-presence; b) and focused attention. Even with holograms and synthetic co-presence mechanisms, both these criteria are more challenging to achieve in a virtual setting - specially with panoramic problems like sustainability. To use a natural metaphor, to answer questions of sustainability a "cross-pollination" of ideas is opportune through physical human contact.

There is good empirical evidence from the current pandemic on the value of physical meetings in cognition and resolution of complex systems conundrums -- of which planetary sustainability challenges are a sterling example. Specifically, because complex systems can lead to emergent and unpredictable outcomes, a wider swath of perspectives through dynamic exchange is in order. As an example, several conferences that began in the late 1960s led to the creation of the Consultative Group on International Agricultural Research (CGIAR), whose twenty-four founding organizations began to operate under the auspices of the World Bank in 1971. CGIAR now has over 60 donors providing more than $450 million dollars per annum of annual support for 15 research centers and field presence in 108 countries. Although it is impossible to tell whether such an outcome would have also been possible through myriad online meetings, what is clear is that the depth of human relations built through such events would not be possible through online moots.

No doubt online platforms will continue to offer an important option for complementarity, and at times may be suitable for particular personality types.  Online learning has gained currency and advantage in terms of democratization of knowledge but there is still a difference in retention and cognition in comparison with physical and experiential delivery of content.  Physical meetings may seem more stressful for introverts but "technostress" has its own distinct features that are now being studied widely.  The American Psychiatric Association has suggested such a hybrid approach, considering their own analysis of "mentalizing, mirror neuron, and reward systems" that are essential aspects of meaningful and efficient problem-solving.  New techniques and "netiquette" norms are being developed to follow the latest psychological research on the most effective online convening experiences. However, there is little doubt that the power of physical human connection, particularly in dealing with the nuances of global sustainability challenges, will require some modicum of physical human connection for effective ideas development. 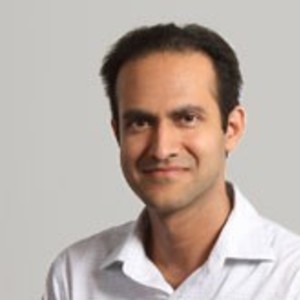 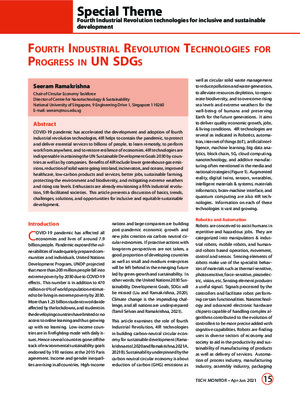