As British supermarkets threaten to boycott Brazil over a contentious forest law enabling settlers to lay claim to public land without sanction, our paper sheds new light on this controversial issue
Benedict Probst
Fellow at Cambridge Centre for Environment, Energy and Natural Resource Governance (C-EENRG), University of Cambridge
Follow
Liked by Ben Johnson and 3 others

A large-scale land-titling programme in the Brazilian Amazon did not affect forest cover in large landholdings, but induced deforestation in the small and medium ones, driven by crop and cattle price increases.

Slowing deforestation in the Amazon rainforest has been a central environmental issue for decades, driven by concerns about declining ecosystem services, biodiversity loss and growing carbon emissions. To address these concerns, several policies have been implemented in Brazil to curb deforestation on private and public properties, including enhanced satellite monitoring, zero-deforestation supply chain agreements by the private sector, credit restrictions for municipalities with high deforestation, and more stringent enforcement of Brazil’s Forest Code. Nonetheless, deforestation has recently been increasing again at a worrying pace, reaching a ten-year high in 2018. This negative trend could be compounded by a contentious forest law, enabling settlers to lay claim to public land without sanction. As British supermarkets threaten to boycott Brazil due to worries over faster destruction of the Amazon rainforest, our paper sheds new light on this controversial issue.

In our recent paper, we therefore analyse the responses of 10,647 landholders between 2011 and 2016 to a large-scale land-titling programme called Terra Legal in the Brazilian Amazon, set to regulate an area as big as Germany and France combined. Contrary to expectations, we find evidence that small and medium landholders increased deforestation in response to the programme, whereas large landholders remained largely unaffected. Landholders with property titles deforest more as crop and cattle prices increase, indicating greater market integration at the expense of conservation. Our results suggest that titling alone without greater coordination with other policies will not yield the expected environmental benefits.

The results surprised us and run contrary to our expectations when we started the project in 2016. The paper was developed out of my master’s thesis at the Department of Land Economy at the University of Cambridge. I got in touch with Prof. Andreas Kontoleon, whose work on biodiversity economics had inspired me to apply for the post-graduate programme in the first place. During my prior work at the German Development Bank, the head of KfW’s evaluation team told me about the fascinating work that Prof. Ariel BenYishay was doing at AidData. So when I stumbled upon a policy that was substantially larger than anything I had encountered before - The Terra Legal Programme – I contacted Ariel to see whether he wanted to join the team.

After Andreas and Ariel had become interested in the project, I thought it would be great to have an expert on Terra Legal and the Brazilian policy landscape on board. Through the great work that the Amazon Research Institute IPAM was doing, I came across Tiago Reis who was extremely helpful getting access to the data and providing a lot of knowledge on the policy environment. Once we had our research team in place, we went full steam ahead.

In sum, our results underline that titling initiatives per se should not be seen as a mechanism to reduce deforestation. If titling increases the access to credit and agricultural markets, then increased tenure security can have the opposite effect of the original policy goal. Our results suggest that cattle prices in particular play an important role in informing land-use decisions. Hence, integrating the TLP more strongly with other policies is warranted to counter the negative environmental consequences that increased tenure security may entail. Given that many landholders are credit constrained, a greater integration between credit programmes is a worthwhile starting point. Studying the impact of integration between land titling and other environmental policies also warrants further investigation. In addition, livelihood impacts of the TLP programme remain unclear and could be the focus of future work.

The Brazilian government is currently trying to pass the Bill 2633 in the legislative, which enables settlers to lay claim to public land without sanction. Our paper shows that the concerns of Tesco and other supermarkets over faster destruction of the Amazon rainforest are warranted, as tenure rights are not per se good for the environment. There are legimitate worries that the new law rewards land-grabbers and motivates them to carry on invading and illegally clearing public lands. Since this change in the legislation will be the second over the last three years, this could signal to actors on the ground that they can continue illegal activities because amnesty is already underway.

Gao Jianguo
about 2 years ago

Excellent job!
"10,647 landholders between 2011 and 2016 to a large-scale land-titling programme", have you carried out your program face to face, person to person, that's a huge work. 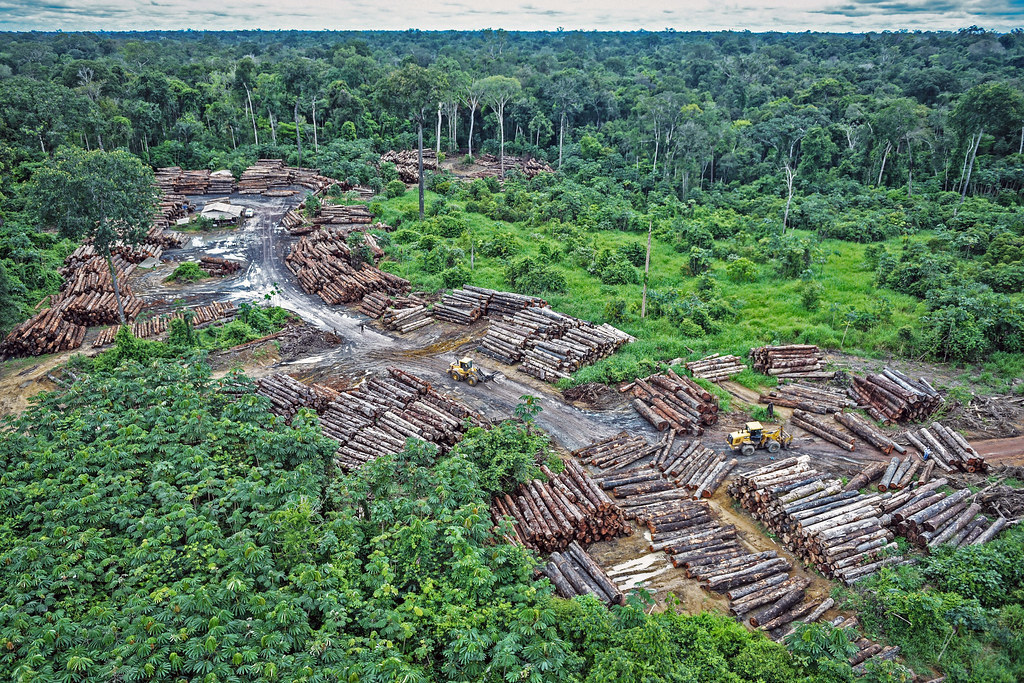 As British supermarkets threaten to boycott Brazil over a contentious forest law enabling settlers to lay claim to public land without sanction, our paper sheds new light on this controversial issue