Across the drainage basin of the Gulf of Mexico, increasing heavy rainfalls play a growing role in delivering nitrogen from land to coastal areas and make nitrogen loading management more challenging. 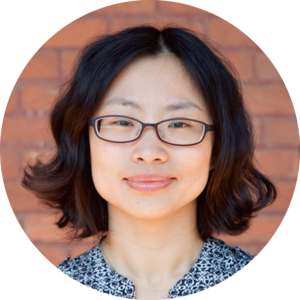 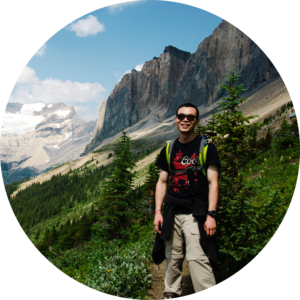 We are used to looking for clean-water solutions in human society and management options, but not quite sure about the role of climate variability and extremes in this issue. Back in 2013, I was a research fellow at Auburn University, working with a group of scientists on a NASA funded project to assess land-to-ocean mass flow from the Mississippi-Atchafalaya River Basin to the Gulf of Mexico. I was fascinated by the large inter-annual variations in the nitrogen loading measured at the river outlets to the Gulf that seem closely correlated with the annual amount of precipitation. Over past decades, much money and effort have been invested in reducing nitrogen runoff from upstream ecosystems such as the U.S Midwest. However, the gauge monitoring data still show that the nitrogen exports from land to coastal areas varied a lot year by year, and were way higher than the EPA nitrogen reduction goal for reducing the northern Gulf hypoxia zone to less than 5,000 km2. What’s the hidden driver behind that? How do the occurrence and severity of individual rainfall events contribute to such variations? Is it possible for us to manage nitrogen under intense precipitation? All these questions come up together when I moved to Iowa, one central place of the U.S. Corn Belt.

Because extreme weather is usually localized events and vary in their duration and severity, it is difficult to distinguish their consequences from monitoring records at river gauges or by using statistical methods. In this study, we use a process-based eco-hydrological model to quantify the daily river discharge and nitrogen loading along river channels, and all the way to the Gulf. We find that heavy rainfall events on average only occurred in ~9 days per year across the Basin. However, these events accounted for nearly one-third of annual precipitation and yielded about one-third of annual runoff and nitrogen leaching loss from soils. Specifically, in the Midwest, tile lines buried underneath the corn and soybean fields highly accelerate the nitrogen leaching loss as well as its transport and delivery to rivers and streams. When there is heavy rainfall, this process further speeds up.

The peaks of heavy rainfall usually occur in May across the Basin. According to the USDA Economic Research Service survey, we find that over 70% of nitrogen fertilizer is applied to the Corn Belt in spring (mostly before planting, in March and April), followed by 22% in fall (usually after harvesting, September-November). As a result, a large amount of nitrogen is available in soils before crops germinate, and ready to be washed out when heavy rainfall occurs. After-planting (late May and June) nitrogen fertilizer application only accounts for less than 8%. By using simulation experiments, we test the effectiveness of alternative fertilizer timing in reducing nitrogen loads. If all the fertilizers were applied after planting, at V1 and V5 growth phases of corn, we predict that the nitrogen loading to the Gulf could be reduced by up to 16%, a significant achievement compared with the 45% reduction goal set by the U.S. EPA. Furthermore, crop yield would not be harmed. There is also bad news. The benefit of postponing fertilizer use is found to diminish due to the increasing heavy rainfalls and their growing importance in delivering nitrogen to the Gulf.

Hence, our study implies that future upstream nitrogen management will become more challenging because heavy rainfall events are projected to be more frequent and variable across this region. Through this work, we hope to call for more attention to extreme weather events when it comes to assessing and mitigating nitrogen loading from land to water bodies around the globe.