The geosciences are one of the least diverse (Pearson & Schuldt 2014) STEM fields, and these fields show little improvement over the last four decades (Bernard & Cooperdock 2018). Racism and sexism have resulted in major inequities (Subbaraman 2020, Goldberg 2019), and a lack of diversity negatively impacts innovation and limits the social relevance of scientific research (Hill et al. 2010; Hofstra et al. 2020). Yet many of society’s largest challenges fall within geoscience fields and as Mae Jemison said, diversity in STEM isn’t a nicety, it's a necessity (Pittman 2018). The lack of racial, ethnic, and gender diversity within the geosciences cannot be explained away due to a lack of interest; rather social scientists point to feelings of not belonging rooted in both visual cues and stereotype threat (Pearson & Schuldt 2014).

In response, we created PROGRESS, an evidence based mentoring program to increase the retention of undergraduate women in the earth and environmental sciences, with funding from the National Science Foundation (Fischer et al. 2018). PROGRESS conducts workshops connecting undergraduate women with peers and more senior women in the earth and environmental sciences, provides training in growing a network of mentors and resiliency strategies, and facilitates post-workshop connections with a local female geoscience mentor. Evidence from longitudinal surveys indicate that women in PROGRESS are five times more likely to stay in earth and environmental science fields, compared to women in a matched control group. And this beneficial outcome is due to the development of stronger (a) networks of mentors, (b) role models, and (c) science identity (Hernandez et al. 2017, 2018).

Given the success of the first iteration of PROGRESS (Fischer et al. 2018)  we wanted to determine the essential pieces to the program’s success to enhance its scalability. We conducted workshops with participants randomized across three versions of the program and found that the combination of inspiration (exposure to female geoscience role models), inoculation (how to overcome obstacles and grow mentoring network), and introduction (pairing with a same gender mentor) were necessary to increase indicators for retention (Hernandez et al. 2020). The combination of all elements promotes the growth of critical psychological processes, such as science identity, skills to cope with barriers to a career in STEM, and ultimately stronger intentions to persist in a scientific career.

Moving forward we will test whether our approach works to make everyone feel welcome within the geosciences. In particular, in the first two iterations of PROGRESS our participants were overwhelmingly white cisgender women, which prevented us from testing whether our program benefits women with intersectional identities. Further our mentoring model relies on individuals who are often already doing more unpaid service than their colleagues (El-Alayi et al. 2018), thus in the future we hope to test the effectiveness of mixed gender mentor pairs. While we are excited about our findings and the unambiguous success of PROGRESS, real progress to diversify the geosciences requires us to also address persistent culture problems that continue to marginalize BIPOC and white women (Dutt 2020, Marin Spiotta et al. 2016, Mattheis et al. 2019). 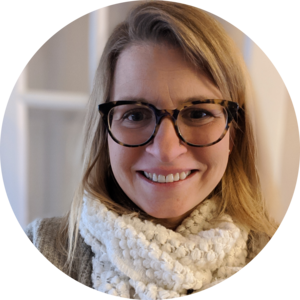