Landscape intensification and the belowground diversity of agroecosystems

Intensive agricultural practices have led to a strong biodiversity decline. Up to now, studies have tended to focus on aboveground species, but the soil below farmlands is also teeming with life. We assessed how various aspects of intensive land use affect both above- and belowground biodiversity.

The story of this paper started with an urge to address this gap, but rapidly came the question of where to find the required data? Well, I was lucky enough to do a synthesis Postdoc as part of the German Biodiversity Exploratories project, within the group of Pete Manning at the Senckenberg Biodiversity and Climate Research Centre. The Biodiversity Exploratories is a unique long-term and large-scale project which provides, to my knowledge, the World’s most complete and comprehensive dataset on grassland biodiversity and its response to land-use practices.

The Biodiversity Exploratories project involves more than 300 people from 68 working groups (Fig. 1), with experts measuring almost every trophic group you can imagine! This has meant that data on the diversity of more than 4000 taxa, spanning 20 trophic groups and on multiple components of land-use intensity operating at the local- and landscape-level have been collected for 150 grassland plots. From this data we gathered a huge dataset describing different aspects of local and landscape land use.

We also collected our own data on the plant diversity surrounding the plots in 2017 and 2018. I will always remember the fieldwork campaign of 2018: a very special campaign for me as we were traveling with a van in the German countryside for several months with my 3-month old son, Lucien, and I was trying to identify grasses while carrying him (Fig. 2), which was not an easy task.

We were also very surprised to find strong effects of landscape-level land-use factors on most of the belowground trophic groups (Fig. 4). These landscape-level effects were mostly due to positive effects of the presence and permanency of forests and grasslands in the surrounding landscape.

Despite this uncertainty, these results have strong implications for the development of conservation strategies for agroecosystems, which to date have focused on aboveground biodiversity. Since the response of belowground biodiversity does not mirror that of aboveground diversity at local scales, a broader view is required and different practices may be necessary if whole ecosystem diversity is to be conserved.

Overall, I am very proud to have had the opportunity to work with these data and colleagues, and to ‘stand on the shoulders of giants’. This synthesis work would not have been possible without the great efforts of the many researchers, data owners, PhD students, postdocs, technicians, plot and data managers that make up the Biodiversity Exploratories research community.

I would like to thank Pete Manning for feedback on an earlier version of this post, and the authors of the pictures. 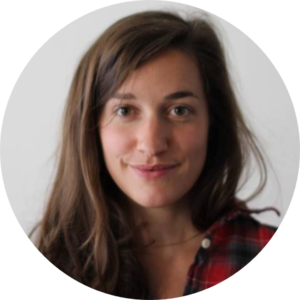