In a 2017 article in Nature Climate Change, our group developed a new probabilistic model and method for forecasting carbon emissions and global mean temperature through the end of the century. We asked what was the probability of staying below 2 degrees C of warming by 2100, considered a threshold for climate stability and climate-related risks such as excessive heat, drought, extreme weather and sea-level rise. We found that on current trends, the probability was only 5%.

This raises the question, what emissions cuts would actually be required to meet the goal of 2 C warming? In a new paper published in Communications Earth and Environment, Peiran Liu and I  break this down into four questions.  Given more recent data, is the world any more on track now to limit global warming to 2 C than it was 3 years ago, when we published our last paper using data up to 2010? Are countries on track to fulfill their national determined contributions (NDCs) as promised in the Paris Agreement? Are the promised amounts enough to achieve the 2 C or 1.5 C warming objectives? And if not, how much more is needed?

We found that if all countries meet their NDCs (which are mostly targets for 2030 or 2025), and continue to reduce emissions at the same rate after 2030, the probability of staying below 2 C goes up from 5% to 26%, and the median forecast goes down from 2.8 C  to 2.3 C. So the national commitments under the Paris Agreement aren’t enough to stay under 2 C.

So how much reduction in emissions is needed? We found that achieving the Paris 2030 commitments requires an average reduction in global emissions of 1% per year. To have an even chance of staying under 2 C requires that global emissions go down by 1.8% per year or an 80% boost in the rate of emissions reduction. We translated this into the required increase in the NDCs, for individual countries. For example, the USA’s NDC is to reduce emissions by 26% between 2005 and 2025. This would need to be boosted to a 36% reduction.

One result from our work is that carbon intensity, the amount of carbon emitted per unit of GDP, has been declining steadily in most countries over the past 60 years, at a rate of just under 2% per year; see Figure 2. This progress has been canceled out by increases in GDP, also around 2% per year. This suggests that emissions reductions have to come by reducing carbon intensity faster, but still incrementally.

Much of the discussion around climate change has focused on distant goals, like net zero emissions in 2050, and extraordinary means, such as massive carbon capture. The data suggest, however, that progress has been steady rather than abrupt (see Figure 2), and much has been thanks to technological innovations that have improved carbon efficiency, such as LED light bulbs, electronic fuel injection, the internet, the web, and Skype. So we should give more attention to supporting scientific research that would yield other such innovations in the future. This is in addition to vital government measures such as carbon pricing, subsidizing renewables, and regulating gas mileage and coal power plants.

Also, we should pay attention to what the most successful countries have been doing. For example, France is one of the leading industrialized countries with the best (lowest) carbon intensity. How did they achieve this? Much of their electricity comes from nuclear power, which has near-zero emissions. Much of their intercity transport is by high-speed train, which emits 95% less than car travel, and is also faster and costs less. And they have high gas taxes.

Setting such a goal for 2022 and monitoring it closely would be a useful complement to the long-term targets that we hear a lot about. Carbon emissions data and success or failure in meeting short-term goals should be discussed as they are published, rather like unemployment numbers or inflation. A goal for 2022 also has the advantage that it’s within the term of the Biden administration, and so both the government and the rest of society would be more immediately accountable. A similar point has been made recently by Greta Thunberg.

One silver lining from our results is that the annual effort required, while large, could be realized with a major effort on all fronts, but without requiring a complete overturning of our way of life. Another is that the pandemic has opened up many possibilities for reducing carbon emissions that seemed implausible before, such as replacing business travel by Zoom and reducing travel to work. We should seize this opportunity to “build back better” without returning to the carbon profligacy of the pre-pandemic era. 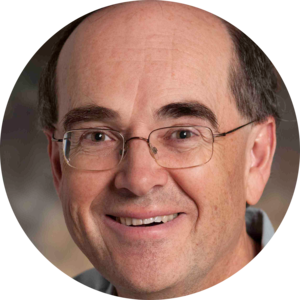