Farmed animals emit greenhouse gases like methane, so consuming fewer animals is known to reduce these emissions. But what would happen with the land that used to feed them? Restoring native ecosystems could reduce carbon emissions further, but benefits vary widely.

On several trips to the Brazilian Amazon rainforest for my PhD research, I climbed a skinny tower 30 meters above the forest canopy to install equipment that measured weather and greenhouse gases. Our research contributed to a deeper understanding of how this important ecosystem, with its biodiversity, water cycling, and critical stores of carbon would be affected by climate change in the decades to come.

My team and I saw firsthand how recent fires near the research area had razed vast sections of rainforest, no less important than the ones we were studying. These were turned into pastures for the Brazilian state of Pará’s booming cattle industry, driven by rising affluence and a taste for red meat.

My colleagues and I understood that the land requirements for meat production are tremendous. Whether raising beans, beef, or papayas, growing these commodities in previously forested areas prevents trees from spreading their seeds and restoring forests. But beef is an especially land-hungry commodity, while fruit orchards can fetch producers a higher market value per hectare. An equal amount of protein in beans or nuts can grow on a small fraction of the land, sparing the remainder for forests and removing CO2 from the atmosphere in the process.

Recent calls to save the climate by planting a trillion trees seem to miss this important point: the most resilient swaths of forest like those in the Amazon or Eastern US will grow back without humans planting anything. Trees need more assistance from us in drier climates; dry regions can be especially vulnerable to wildfires, which are increasingly severe with rising temperatures in regions like the Western US.

To investigate where shifts in food production are suppressing natural ecosystem regrowth the most, we mapped areas where forests and other ecosystems would exist following human abandonment. We combined maps of this “potential vegetation” with maps of animal crop feeds and pasture to see where ecosystems could work to remove CO2­, if humanity shifted to less land-exhaustive forms of agriculture.

We found that not all animal agricultural production is created equal: in some areas, like parts of Europe and South American Atlantic forests, have great potential to remove carbon by scaling back production. Although less than a quarter of ruminant livestock pastures are in naturally forested areas, two thirds of potential ecosystem carbon removal lies in these places.

We also found that future shifts to more plant-focused diets, with far less meat consumption for developed countries, could spare enough land for ecosystems to remove the past 9 years of human fossil fuel CO2 emission. At the farthest end of the spectrum, hypothetical vegan diets could remove 16 years’ worth.

Most of the opportunity for ecosystem restoration, and the CO2 removal that follows, exists in high- and upper-middle income countries, where scaling back on land-hungry meat and dairy would have relatively minor impacts on food security. In such regions, shifts toward more plant-based diets could get us a long way to toward increasing Earth’s rapidly-shrinking carbon budget to stay under 1.5 degrees C of warming. 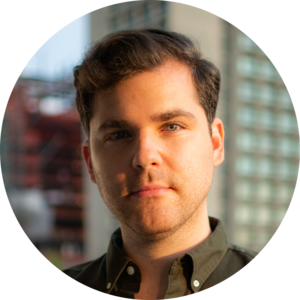 Thank you for this, Matthew. I certainly agree that people--especially from the middle- and high-income countries--should be cutting back on their consumption of meat and dairy. But you say, "Although less than a quarter of ruminant livestock pastures are in naturally forested areas, two thirds of potential ecosystem carbon removal lies in these places." What can your study say about once-forested lands that are being converted to industrially grown soy and other feedstocks destined for feeding industrially produced livestock confined in CAFOs around the world?