Microplastic is everywhere, even in the atmosphere of remote oceans

The Tara Expeditions project unites scientists from across the globe through a common purpose: to study and preserve the beautiful and diverse treasure that are the world’s oceans. The Tara schooner has already completed 10 expeditions, and produced some of the most influential marine science in the past decade. For example, the Tara Oceans expedition led to the discovery of more than 500,000 microorganisms from 27,000 samples. On May 28, 2016, Tara began a two and a half-year expedition of nearly 100,000 km around the Pacific Ocean. The Tara Pacific expedition focused on the impact of climate change on the diversity and evolution of coral reefs.

Profs. Ilan Koren and Assaf Vardi, and research associates Dr. Miri Trainic and Dr. Michel Flores, from the Weizmann Institute of Science, have been involved in a collaboration aimed to achieve a deep understanding of the key interactions between the ocean surface and the marine atmosphere. We mainly focus on the interaction between marine ecosystems and atmospheric aerosols and clouds, at the interface between sea and sky.
We joined the Tara Pacific expedition, as the first atmospheric aerosol team to ever participate in a Tara project, with the intention to explore the interplay between marine ecology and air-sea fluxes. For that purpose, we placed a “floating laboratory” in the form of a permanent atmospheric measurement system on the schooner, to measure the morphology, size distribution, biological content, and chemical composition of the atmospheric aerosol throughout the route of the Tara expedition. We positioned the aerosol inlet high up on the mast, to avoid any pollution from the schooner itself.

Using our measurement system, we collected atmospheric samples during the first North Atlantic crossing of the Tara Pacific expedition in May-June 2016. We used micro-Raman spectroscopy to chemically identify plastic polymers in the collected aerosol samples, and found airborne microplastic particles in the marine air over the remote Atlantic Ocean. Polystyrene, polyethylene and polypropylene, some of the most abundant marine microplastics, are only a part of the list of polymers we discovered in the marine atmosphere.

The effect of microplastics on marine ecosystems became a subject of intense and extensive scientific research due to the potentially devastating implications for marine wildlife, and therefore to Earth’s ecosystem and human welfare. The role of airborne microplastic particles in affecting marine ecosystems could have far reaching implications due to their unique features. Airborne microplastic particles can facilitate pathogen transport through the air, a faster and more efficient transport pathway than ocean currents, potentially infecting marine organisms far from the pathogen source. Additionally, airborne microplastic particles are exposed to UV radiation and oxidation, which can often lead to the formation of toxic products. Their consequent re-deposition into the ocean may therefore be toxic for marine microbial ecology. 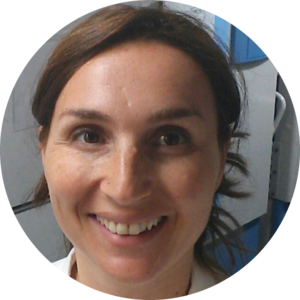