Contributor Comms Earth
Behind the Paper, Climate Research in Action

Arctic sea ice has been retreating at fast pace in the past years due to both anthropogenic global warming and climate internal variability. Our observation-based model selection shows that the Arctic could be ice free earlier than previously thought.
David Docquier
Postdoc in Climatology, Royal Meteorological Institute of Belgium
Follow
Like Be the first to like this
0

The Arctic Ocean could be ice free in summer as early as 2035, according to an analysis of CMIP6 models which selects only the models that best capture observed sea-ice area and volume and northward ocean heat transport

As the Arctic has been warming more than twice than the rest of the world in the past years, a phenomenon called 'Arctic amplification', sea ice has been retreating and thinning at an alarming pace. Previous studies generally show that the Arctic could be almost ice free (total sea-ice area below 1 million km²) for the first time in September before 2050. This does not mean that the Arctic would be free of sea ice all year long as the ocean refreezes every year as temperatures decrease through the winter. But it simply means that this would be the case at times when sea-ice area is minimum, i.e. at the end of the summer (in September).

In our study, we used the latest global climate model data coming from the Coupled Model Intercomparison Project 6 (CMIP6) to refine future projections of Arctic sea ice. We found that the average over all climate models, called 'multi-model mean', projects an ice-free Arctic in 2061 in a high greenhouse gas emission scenario and no ice-free Arctic before 2100 in a low greenhouse gas emission scenario.

Then, we selected the climate models closest to observations over the recent past (1979-2014) using different criteria based on sea-ice area, sea-ice volume and ocean heat transport, as we know the latter affects changes in sea ice. Using this methodology, we found that the Arctic could be almost ice free around 2035 using model selection based on ocean heat transport (combined or not with sea-ice area and volume), and around 2050 using selection based on sea-ice area and volume only, in the high-emission scenario, thus some 26 years and 15 years earlier than without model selection (see figure below).

In the low-emission scenario, although the Arctic does not warm as much as in the high-emission scenario, it could be almost ice free as soon as around 2040 based on ocean heat transport selection criteria, and not before the end of the century based on sea-ice criteria only.

Thus, our results highlight a potential underestimation of future Arctic sea-ice loss when we look at all CMIP6 models. A careful selection of climate models that have a mean climate state closer to observations provides a less optimistic future for Arctic sea ice. In order to refine further these model projections, our methodology could be extended to select models that not only better reproduce the observed sea ice and ocean heat transport, but also the processes linking the two.

As changes in Arctic sea ice affect our atmosphere, ocean, biosphere and societies, the improvement of future projections of Arctic sea ice is important. Our methodology could help in that direction.

More details can be found in our study, which was carried out at the Swedish Meteorological and Hydrological Institute (SMHI), together with Torben Koenigk, in the framework of the EU H2020 OSeaIce project. 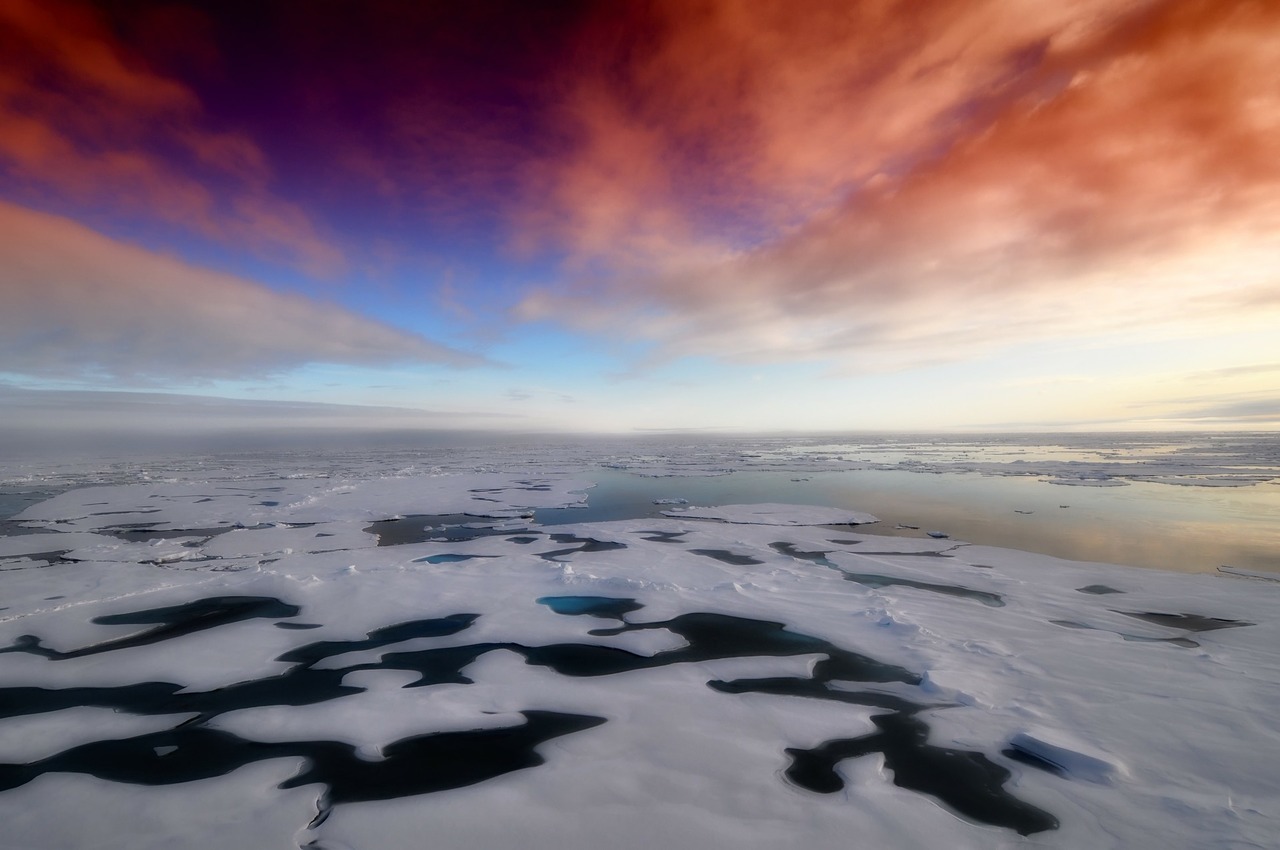 Arctic sea ice has been retreating at fast pace in the past years due to both anthropogenic global warming and climate internal variability. Our observation-based model selection shows that the Arctic could be ice free earlier than previously thought.