An alternative to the social cost of carbon

October 8, 2018 was the day it became clear that carbon pricing had a problem.

The Intergovernmental Panel on Climate Change (IPCC) released a new study on the risks of climate change that would spur a surge of action from policymakers and activists rallying around the goal of rapidly reducing emissions to net zero. Hours later, economist William Nordhaus was awarded a Nobel Prize for his path-breaking work on climate change, and in particular, developing an analytical approach that highlights carbon pricing as a powerful tool to reduce emissions while constraining the costs of decarbonization.

The irony, however, was that the approach Nordhaus pioneered is not well suited for the pursuit of net zero goals. He recommends setting carbon prices using the social cost of carbon, which is an estimate of the damages caused by an additional ton of carbon dioxide emissions. And the scenario Nordhaus highlighted in his Nobel Lecture showed an “optimal” emissions pathway to over 4 degrees warming in the 2100s, causing many to wonder: is carbon pricing the wrong tool for the job?

In a new study in Nature Climate Change, we reconcile this tension with an approach for setting carbon prices that is consistent with goals of both climate experts (i.e. an equitable pathway to net zero) and economists (i.e. an efficient policy response). The Near Term to Net Zero (NT2NZ) approach entails selecting an emissions pathway to a net zero target that balances the risks of even-higher temperature changes with the additional costs of decarbonizing faster. The next step is to estimate the carbon prices needed, alongside a broad climate policy strategy, for consistency with the desired emissions pathway.

Estimating a social cost of carbon requires global projections of changes in climate impacts, technologies, and human behavior over centuries, as well as value-laden judgments to weigh impacts across different groups and times. In contrast, NT2NZ estimates focus on how carbon prices will reduce emissions in the near-term (e.g. the next decade), when the projections of energy-economic models are most useful, and calls for periodically revisions that capture the most up-to-date information.

NT2NZ is a new way to think about answering one of climate economists’ oldest questions – what is the right carbon price? – but it only formalizes what policymakers figured out years ago. The United Kingdom, for instance, has already adopted a net zero target with near-term carbon budgets to act as stepping-stones. In fact, the Paris Agreement encourages such an approach, calling on nations to produce both long-term low greenhouse gas emissions strategies and near-term commitments that are updated every five years.

Our study’s empirical results show that putting the United States on a pathway to net zero emissions in 2050 requires carbon prices around $50 per ton in 2025 and $100 in 2030. You may notice these carbon prices are modest compared to other prominent estimates, despite the transformational shift to a net zero emissions pathway. That’s because NT2NZ leaves open the possibility that innovation will make clean technologies much more competitive over time, and it assumes the carbon price is just one part of a multi-pronged policy strategy to overcome the many barriers to emissions reductions. 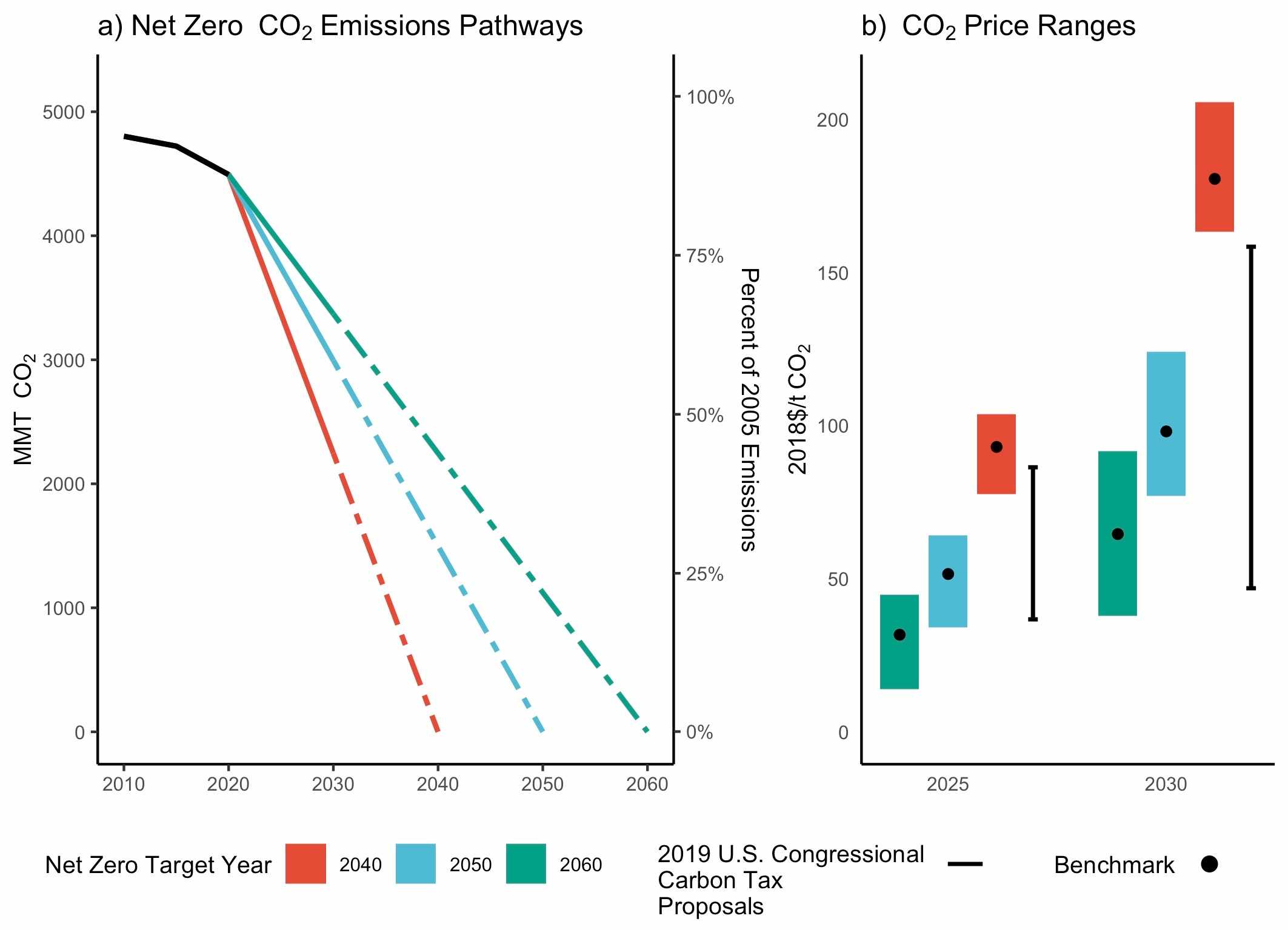 Our results are for one country, and from one model, and undertaken prior to the COVID-19 crisis, so they should be interpreted with considerable caution. However, the important role of a carbon price in a net zero pathway is robust – as long as the carbon prices are designed for the job at hand. 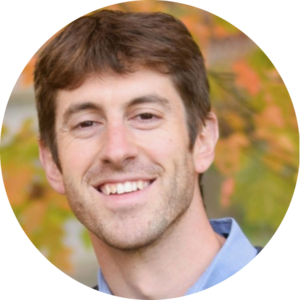