When science and politics come together: From depletion to recovery of the stratospheric ozone hole
Alexandrine Cheronet
Publishing Director , Springer Nature
Follow
Like Liked by Ties Nijssen and 2 others
0

Poster: A picture of the Geophysica, a research air plane (taking off at Kathmandu airport). It is one of the few planes currently flying in the stratosphere. Photo by Rolf Müller

“The world solved the ozone problem. It can solve climate change.” Such was the headline of an opinion piece in The New York Times in December 17, 2019. It referred to the fact that the layer of ozone molecules present in the atmosphere was slowly recovering from destruction due to human activities. It was, however, also human action that allowed the ozone layer to recover, and this sparked the outburst of optimism.

Behind the paper: The impact of the rise in atmospheric nitrous oxide on stratospheric ozone

Ambio had its role in this success story, as it was one of the journals where the scientific discoveries that laid the foundation for political action were discussed. For Ambio's 50th anniversary, Dr. Rolf Müller, a colleague of Dieter H. Ehhalt at Forschungszentrum Jülich, describes the scientific significance of the paper “Effects of nitrogen fertilizers and combustion on the stratospheric ozone layer” by Paul J. Crutzen and Dieter H. Ehhalt.

More than forty years ago Ambio published a paper that raised concerns about the increased use of fixed nitrogen as fertiliser in that the resulting increase in nitrous oxide (N2O) emissions to the atmosphere could result in a significant reduction of the Earth’s ozone shield (Crutzen and Ehhalt 1977). It presented another case of human activities at the Earth’s surface impacting on the stratospheric ozone layer. Today, it is known that atmospheric N2O, is not only important for stratospheric ozone, but also constitutes the third most important long-lived greenhouse gas (after CO2 and CH4).

In 1977, there were very few measurements of atmospheric N2O with rather large uncertainty ranges; therefore, the global distribution of atmospheric N2O and its variability were highly uncertain. In particular, there was only very limited information on the temporal development of N2O. In view of the many uncertainties present in 1977, the statements of Crutzen and Ehhalt (1977) were remarkably far sighted. Their paper made a strong point that “increased use of fixed nitrogen as fertilizer might result in a reduction of the Earth’s ozone shield”. A quantification of the fraction of ozone loss caused by anthropogenic N2O emissions was however prevented by these uncertainties in 1977. In fact, this environmental problem is still an area of active research.

Further, Crutzen and Ehhalt stated that it “seems possible that present agricultural and waste treatment practices will lead gradually to more N2O in the atmosphere by denitrification of the increasing amounts of fixed nitrogen being put in circulation by intensive agricultural methods”. Today it is established that agricultural practices and the use of nitrogen fertilisers have greatly enhanced emissions of N2O to the atmosphere.

The paper by Crutzen and Ehhalt ends expressing the hope that it will be possible in the future to “lessen the stress exerted on the Earth’s nitrogen cycle by man’s enormous industrial and agricultural expansion”. Earlier in their paper, the authors also stated that the application of large quantities of fixed nitrogen to agricultural soils will be necessary “to feed adequately the expected world population by the year 2010, at which time we may hope for a halt in further population growth”. Unfortunately, the latter hope has not yet materialised and the anthropogenic stress on the Earth’s nitrogen cycle continues to be a serious issue.

All articles in Ambio's 50th Anniversary Collection on the ozone layer:

Mohr, C. 2021. When science and politics come together: From depletion to recovery of the stratospheric ozone hole. Anniversary Collection: Ozone layer. Ambio Volume 50.

Trailer- An Introduction to Circular Economy

Nontuberculous Mycobacterial Infection and Environmental Molybdenum in Persons with Cystic Fibrosis: A Case-Control Study in Colorado 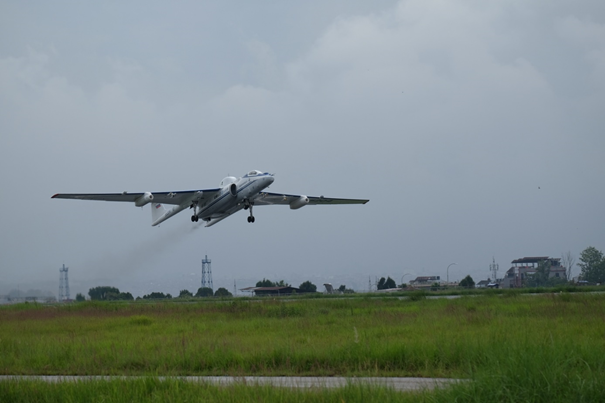 When science and politics come together: From depletion to recovery of the stratospheric ozone hole