Coastal wetlands are among the most productive and dynamic ecosystems on Earth and provide important ecosystem goods and services for humans, such as protection against the storms, food production, and pollutant absorption, as well as habitats for wildlife. A number of anthropogenic and environmental factors associated with rapid population growth and economic development have threatened coastal wetlands, such as land reclamation, invasive species, sea-level rise and coastal erosion in developing countries, including China (Fig. 1). Thus, improved detailed information about the spatial-temporal dynamics of coastal wetlands in China is critical for management, conservation, and sustainability of coastal wetlands. However, owing to the difficulties in mapping coastal wetlands at a large scale, geospatial data on the spatial distribution, interannual variation, and multi-decadal trends of coastal wetlands and their driving factors over the last three decades in China have not yet been fully investigated. 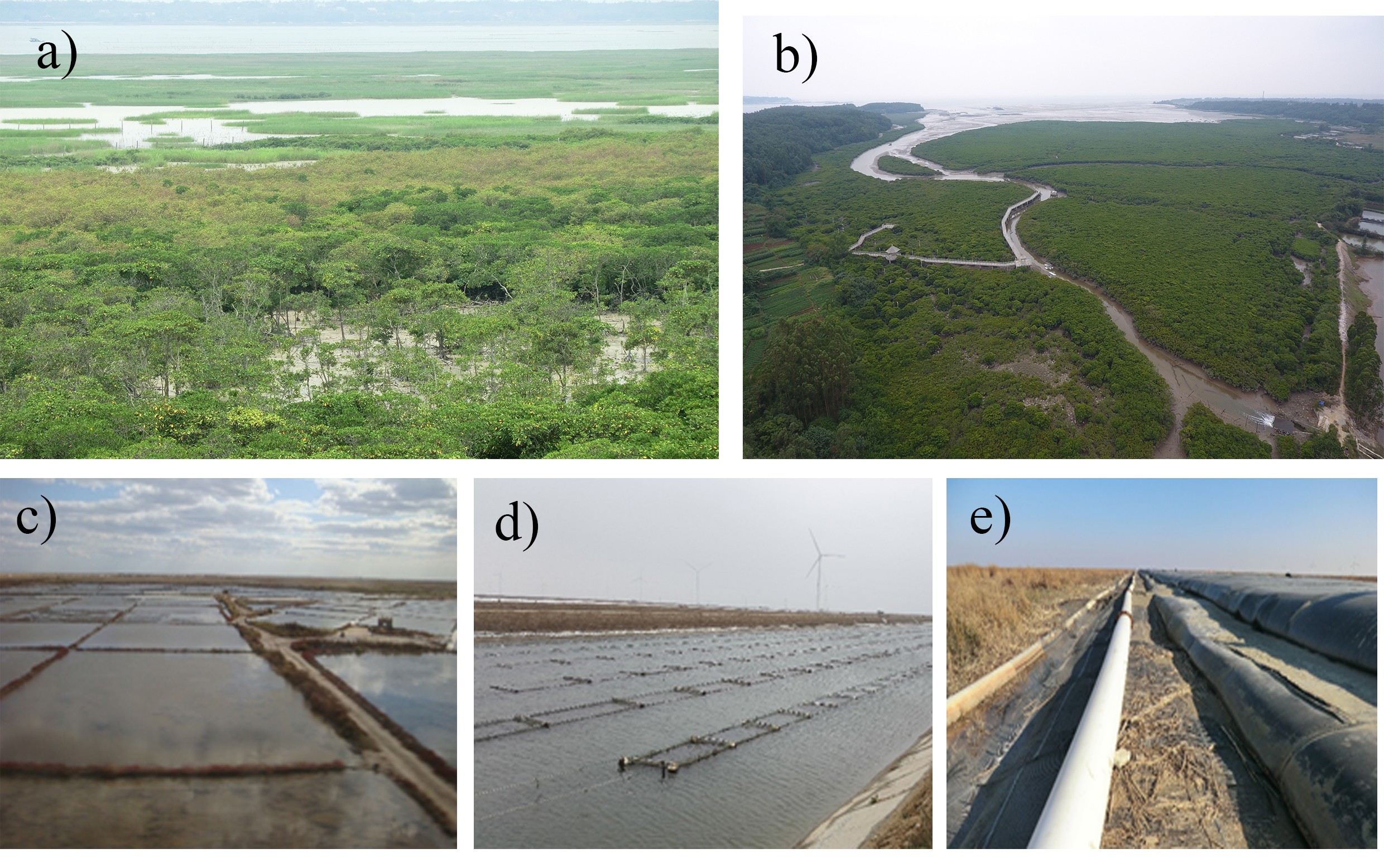 The story of this paper started with an urge to address this data and knowledge gap. Our first challenge is to combine simple and robust algorithm and remote sensing imagery to generate accurate maps of coastal wetlands. Previous studies often used one imagery from a single date or mosaicked images from multiple dates to map coastal wetlands, and the resultant maps of coastal wetlands usually have large spatial and temporal uncertainties because (1) coastal regions always have large number of poor-quality observations induced by clouds or cloud shadows, and (2) the periodical tides and the phenology of coastal vegetation also affect image selection.

When I joined Prof. Xiangming Xiao’s and Bo Li’s labs at Fudan University in 2017, one of PhD students (Dr. Bangqian Chen) was in the process of developing a novel method of detecting coastal mangrove forests using time series Landsat and Sentinel images, providing a very good idea and example for mapping coastal wetlands. I soon realized that China’s coastal zone covered multi-petabyte images during 1984-2018, and it was a huge challenge to process those images and analyze the results. Thanks to the Google Earth Engine (GEE) cloud computing platform, we can have enough capacity to analyze multi-petabyte images in large parallel processing system. Finally, we spent over one year to collect and analyze ~ 62,000 Landsat images during 1984-2018 in China’s coastal zone in GEE, which was not an easy task, and we developed a huge dataset that could be used to characterize the spatial-temporal dynamics of coastal wetlands in China.

Our analyses found that the coastal wetland area in China significantly decreased during 1984-2011, which leads to reduced biodiversity, water quality, carbon storage, and coastal protection against storm events and sea level rise, and poses threats to human health and coastal sustainability.

Interestingly, we found that tidal vegetation area experienced substantial gains, and the tidal flat area showed stable trend in China after 2012. To the best of our knowledge, it was the first time to report the recovery of coastal wetlands in China, providing the proof of evidence for the initial success of increased conservation and restoration efforts in China.

The significant decrease in human activities in China after 2012 resulted in an increase in coastal wetland area. In addition, many conservation efforts have led to partial recovery of coastal wetlands in China. In our group, we also carried out a number of saltmarshes and mangrove forest restoration projects after 2012, such as the restoration of pioneer Scirpus × mariqueter saltmarshes in the Yangtze River estuary since 2013 (Fig. 2), and the restoration of mangrove forests in Beihai, Guangxi Zhuang Autonomous Region during 2012-2019 (Fig. 3). 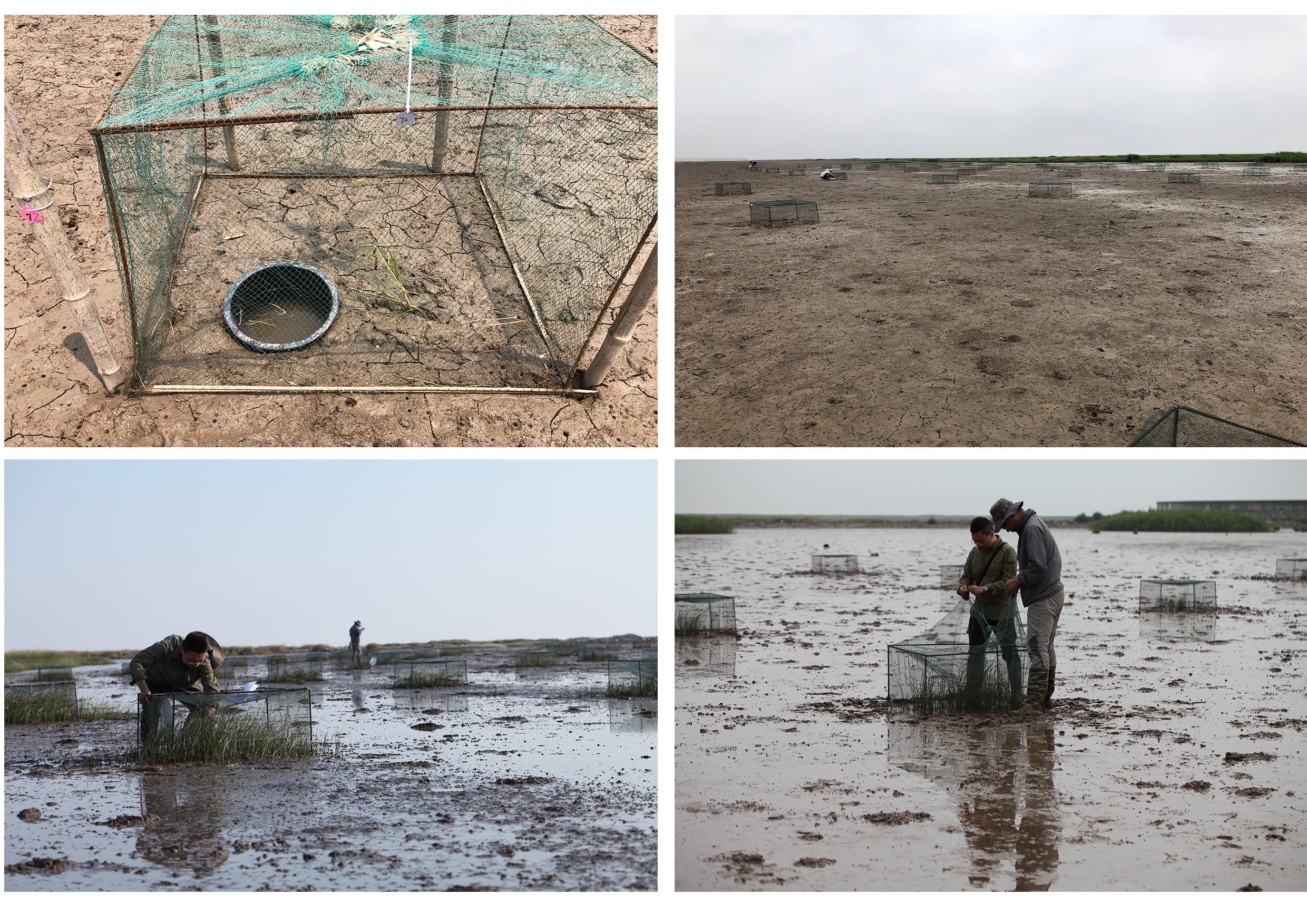 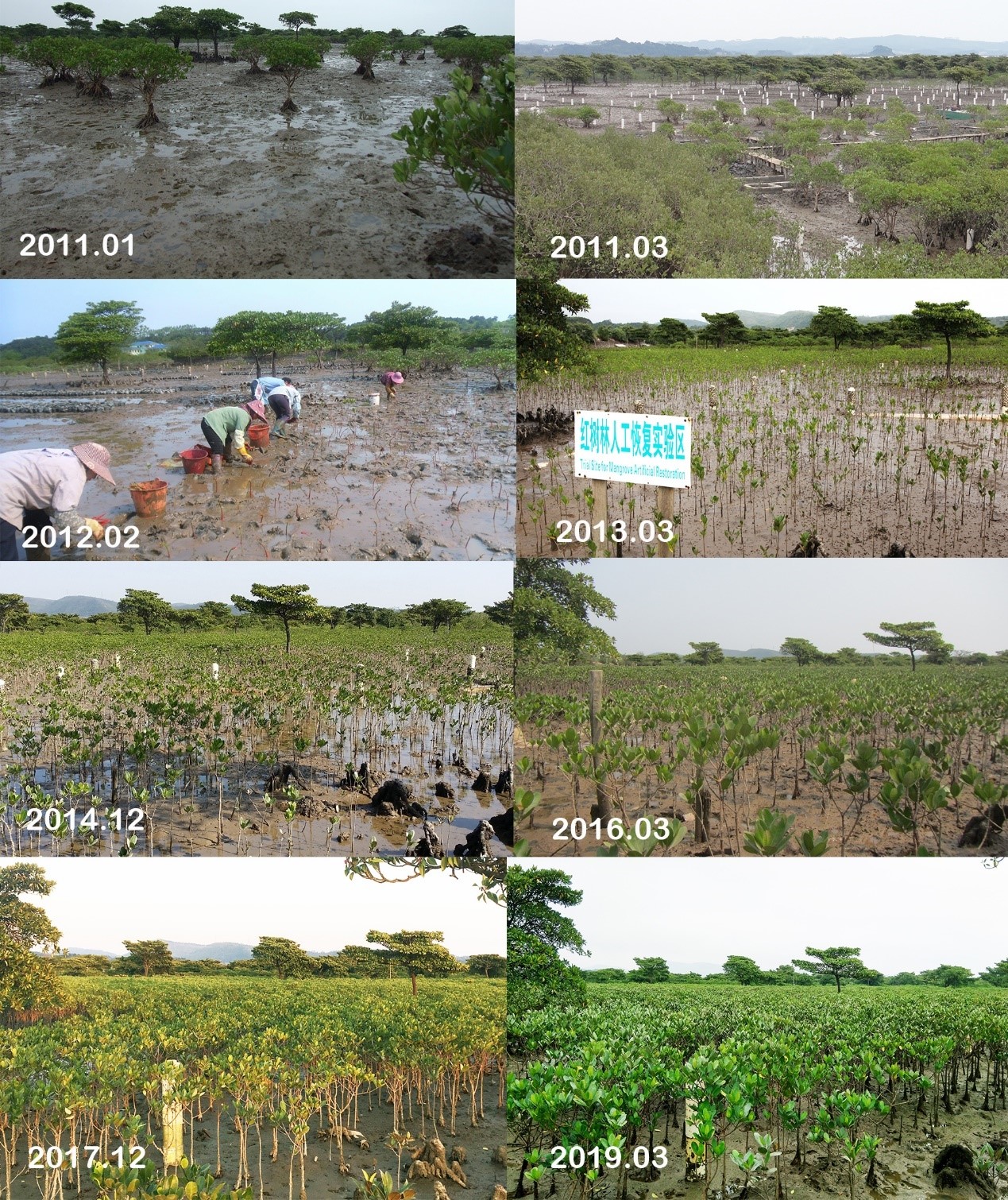 I would appreciate my advisors (Drs. Xiangming Xiao and Bo Li) and all the group members from Fudan University and University of Oklahoma (Fig. 4). I am very proud to have had the opportunity to work with these wonderful colleagues. Some of them have involved in the data analysis, discussion, and manuscript improvement in this work. This work would not have been possible without their great efforts. We also thank the funding agents that support financially the study, especially to the National Natural Science Foundation of China, the U.S. National Science Foundation, and China Scholarship Council.

Figure 4. Groups in Fudan University (a) and University of Oklahoma (b). 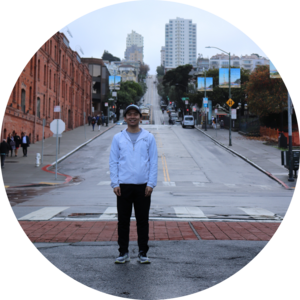 Andrew Fanning
Environmental capital and education
Contributor
Behind the Paper