More and more countries are taking action against climate change. The Climate Change Laws of the World database records 1,800 climate change laws and policies worldwide.  There is no country in the world that does not have at least one law dealing with climate change.  But what has been the impact of these laws on greenhouse gas emissions? The objective of this paper was to find out.

We know that the international response to climate change has been inadequate. Emissions of greenhouse gases continue to rise, when they should fall rapidly.  This is despite a plethora of measures that countries around the world have put in place – carbon pricing schemes, support for renewable energy, energy efficiency standards, backing for electric cars, and much else.

We set out to calculate a counterfactual emissions trajectory. How much worse would global greenhouse gas emissions be if none of these measures had been taken?

The first step in answering this question was to establish, statistically, what the impact of each new law is on the emissions of the country that has passed it. This impact might be instantaneous (for example, if certain emitting practices are banned), but more likely it will take time for new regulations to become effective, and eventually their impact may taper off.  We therefore needed a dynamic model, where greenhouse gas emissions in country i at time t are a function of its legislative history, as well as a lot of confounding factors, like economic fluctuations and the weather.

We were lucky to have access to a great dataset, which allowed us to construct a panel of climate change legislation in 133 countries over 18 years (1999-2016).  The main data source was Climate Change Laws of the World, a publicly accessible, searchable database maintained by the Grantham Research Institute on Climate Change at the London School of Economics. (Check it out at https://climate-laws.org/).

My co-author, Shaikh Eskander, is a gifted econometrician and this panel of 2,394 (133 x 18) country-year observations was all he needed to identify statistically the impact of new laws on national emissions, both in the short term (over the first three years) and over the longer term (after three years). Once we knew this, we were able to construct a counterfactual time series of greenhouse gas emissions, year-by-year, in the absence of any climate legislation.

Preceding the analytical work was a decade’s worth of data collection.  The origins of Climate Change Laws of the World go back to 2010, when I was working with an international group of parliamentarians in an organisation called GLOBE, the Global Legislators Organization for a Balanced Environment.  In the beginning, they all thought that their own country was the only one taking any action on climate change.

So we set out to prove them wrong. We started small, with an inventory of climate change laws in just 16 countries, which was pulled together by a multi-lingual team of research assistants.  Over the years, reporting grew from those 16 major emitters to global coverage. In 2015, we started collaborating with the Sabin Center on Climate Change Law at Columbia Law School in New York. The database moved to the web, acquired its current name and was extended to also include court cases related to climate change.

Our hope was to use this unique data source to tell a bit of a good news story. We wanted to show that all this policy making on climate change had not been in vain. That we had started to flatten the emissions curve, and if we did more of it and did it better, emissions might start to fall.

In the event, the results were mixed.  We found that climate policy over past 20 years has reduced aggregate global CO2 emissions by something like 38 GtCO2. By 2016 the annual avoided emissions were in the order of 6 GtCO2, about the same as the actual CO2 output of the United States.  This is substantial in absolute terms, but it has increased the remaining carbon headroom by no more than 5 – 9%. 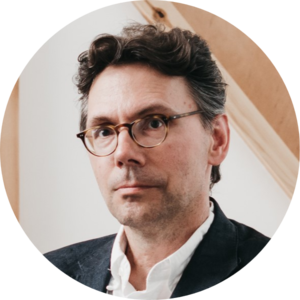 Professor of Climate Economics and Policy, University of Oxford