Although current reporting gives the impression that climate research only focuses on climate change and its consequences, there are also aspects that are independent of this, as this article shows. It is about the indeterminacy of the development of the dynamic state of the atmosphere. For the sake of good order, it should be noted right away that this does not put any additional question marks behind the projections of climate change. The fact that this indeterminacy exists is shown to us every day by the limitations of weather forecasts, but this does not prevent us from making the seemingly trivial climate prediction that next June in Hamburg will be warmer than the current January.

What new knowledge does the new article offer? That estimates of day-to-day changes in the regional are well described over years, given the variable state at the boundary of a large region, here: Central and Northern Europe, is well known. It is also not new that small changes inserted into the calculation, in particular shifting the beginning of the calculation in time, cause developments in the ensemble of simulations thus generated to diverge in certain time periods, only to come together again after some time. What is new in the work is, as Beate Geyer from the Helmholtz Centre Geesthacht puts it, "firstly, that these phases of divergence occur synchronously, and secondly, that the system only diverges when the north-south differences in air pressure are small."

A second aspect is that the same behavior of temporal divergence can also be produced if the same model code with the same initial state (and boundary conditions) is run on different computers - "same behavior" in the sense of: temporal window and intensity. For Thomas Ludwig, the director of the German Climate Computing Centre in Hamburg, this shows that the so-called bitwise reproduction of a simulation on another computer is only possible to a very limited extent: "If a computer is to calculate a+b+c, and the numbers are very different in size, then it makes a small difference whether (a+b)+c or a+(b+c) is calculated.  The dynamics transform this small difference into a large difference, if conditions permit".

Hans von Storch of Helmholtz Zentrum Geesthacht comments: "It doesn't matter how the seed of indeterminacy is inserted into the code; this seed may be tiny" and notes: "Since the groundbreaking concept of the 'stochastic climate model' presented 45 years ago by Klaus Hasselmann at the MPI for Meteorology in Hamburg, it has been clear that while this 'noise' may be a nuisance for understanding atmospheric dynamics, it is also an integral property of the system.” Thomas Ludwig adds: "The joint work of scientists from the field of scientific computing and climate research shows that scientific computing not only leads to better algorithms, but also to a better understanding of the climate system and its dynamics." 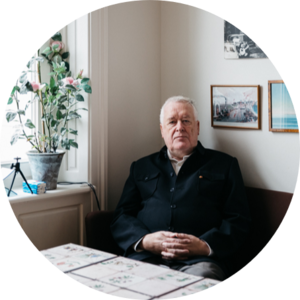