Palm oil, the most important source of vegetable oil in the world, is derived from the fruit of palm trees grown in the tropics. Fruits are harvested manually, then transported to a mill for processing, and ultimately exported and made into an array of products from food to toiletries to biodiesel.

Dozens of countries produce palm oil, but Indonesia produces approximately two-thirds of the world’s supply, and demand for the product is ever-growing.

This is a double-edged sword for Indonesia and other palm-oil producing countries, Grassini said. Palm oil is a major export and contributes to the economic stability of countries that are major producers, as well as to the individual farmers who produce it. But to keep up with demand, rainforests and peatlands – valuable ecosystems that contribute greatly to biodiversity -- are often converted to palm production.

A four-year research project led by Grassini and supported by a $4 million grant from the Norwegian Ministry of Foreign Affairs suggests that keeping up with demand may not necessarily mean converting more valuable, fragile ecosystems into agricultural land.

According to research published March 25 in Nature Sustainability, palm oil yields on existing farms and plantations could be greatly increased with improved management practices. Researchers from the Indonesian Oil Palm Research Institute, the Indonesian Agency for Agriculture Research and Development, and Wageningen University are also part of this research project.

In Indonesia, around 42% of land used for palm oil production is owned by small holder farmers, with the rest managed by large plantations, said Juan Pablo Monzon, a UNL research assistant professor of agronomy and horticulture and first author of the published paper. “There is great potential to increase productivity of current plantations, especially in the case of smallholders’ farms, where current yield is only half of what is attainable.”

The research shows that palm farmers have significant opportunity to increase their production, said Grassini, one of the developers of the Global Yield Gap Atlas, a collaboration between UNL and Wageningen University in the Netherlands designed to estimate the difference between actual and potential yields for major food crops worldwide including palm oil.

“The potential impact is huge, and if we are able to realize some of that potential, that means a lot in terms of reconciling economic and environmental goals,” Grassini said. “If we can produce more, we don't need to expand into new areas. But this would require the effective implementation of current Indonesia government policy and assuring that regulations are enforced so that intensification and productivity gains translate into sparing critical natural ecosystems."

The gap between the current and attainable yields could be bridged by implementing good agronomic practices, Monzon said. As a result, the country could produce 68% more palm oil on existing plantation area located in mineral soils.

Grassini and other researchers identified key management practices that could lead to larger yields. Those practices include improved harvest methods, better weed control, improved pruning and better plant nutrition. Grassini and other researchers now are working with producers, non-government organizations, Indonesian government officials and a host of other partners to put these management techniques into practice. Already they have begun to see improvements in yields.

This is exciting from both environmental and economic standpoints, Grassini said. It also stands to have a great impact on the millions of individual farmers who draw their livelihood from small palm farms often comprised of just a few acres.

The first phase of the research – the research that identified the yield gap – was surprising, Grassini said. Indonesia had already gone through a period of agricultural intensification that had resulted in better yields for rice and corn, and he hadn’t anticipated quite so much room for improvement when it came to palm oil.

But it’s the second phase of the research that really excites him. So many people from so many different backgrounds are all working together to fine-tune management strategies and put them into practice. After just 15 months, yields on test plots are already up, with potential for more growth in the future. Robust education and extension efforts will be key to fully exploit the potential for growth, Grassini said.

“I don't think you will find too many projects where people are working side-by-side on the production side, science side, and environmental side,” Grassini said. “All are bringing real solutions to the table and together can have a massive impact.” 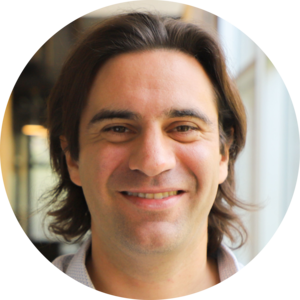 Diets have changed in the past. What can that teach us about the future?
Contributor Nature Food
Behind the paper

Shangshang Chen
Springer Nature Sustainability Community
We use cookies to help improve your experience. By continuing to browse our website you are consenting to our use of cookies.
Learn more