The oil price war eventually came to an end, and the pandemic will eventually pass. Close economic and trade activities have formed the energy security community of all countries in the world. Energy independence is an impossible goal FOR every country during globalization.

With the global COVID-19 pandemic, there had been four circuit breakers in the US stock market in two weeks, two of which are directly related to oil prices. During this period, the Dow Jones Industrial Average fell from an all-time high of 29551.42 to 18591.93. The Federal Reserve cut interest rates one after another to save the market, and interest rates fell to almost zero. At the same time, OPEC, represented by Saudi Arabia, broke down with Russia on new oil production reduction negotiations. Oil prices plummeted all the way. We could see that water was more expensive than oil in the market. US oil once fell below 0 US dollars per barrel. For a long time, most shale oil companies in the United States have spent more than $30 per barrel costs. To help troubled shale oil producers, the U. S. government announced the purchase of about 77 million barrels to increase the country's strategic oil stockpile. On the one hand, the COVID-19 has led to a reduction in global energy supply and demand on both sides. On the other hand, the prospect of an international oil price war was uncertain. The short-term agreement between Russia and OPEC on production reduction will not be able to make up for the impact of the sharp drop in market demand. Why do oil price fluctuations still have an impact on the so-called "energy independence" of the United States? In today's era of globalization, can specific country achieve "energy independence"? Under the COVID-19 pandemic, the lie of energy independence was debunked.

The cost of shale oil in the United States is much higher than that in Saudi Arabia, Russia, and other countries, so it is impossible to achieve an absolute advantage

Whiting Petroleum, a US shale oil company, filed for bankruptcy protection in court on April 2, becoming the first US energy company to collapse since the international oil price war during the COVID-19 pandemic. For a long time, Saudi crude oil costs less than $10 a barrel, while shale oil in the US cost was more than $31 a barrel, while Russian oil costs between $15 and $20 a barrel. Since the financial crisis in 2008, the overall international crude oil price has been on a downward trend, from $140 to about $50 in 2019. As a result, long-term earnings for US shale oil companies are not optimistic, with the S&P 500 energy sector up a mere 6 percent over the past decade, far below the 180 percent return for the stock market as a whole. Therefore, the high cost causes the US shale oil to be at a competitive disadvantage in the international energy market for a long time.

In today's globalization, the division of labor in the global supply chain is clear, and international industrial and trade cooperation is very close. The trade currency settlement system with oil and US dollars as the core is an important basis for the current world trade cooperation. The main reason why the US dollar has become the world's currency is that it has played a dominant role in the global oil trade since the end of World War II. For a long time, the US economy has relied on the "oil-dollar" system, which controls and influences nearly 70% of the world's oil resources and major oil transportation routes through super-powerful military forces. Therefore, the so-called "energy independence" cannot reduce the impact of oil price fluctuations on the US economy. Oil price fluctuations affect the dollar, which in turn affects the United States and even the global economy. To get rid of the impact of oil price fluctuations and achieve so-called "energy independence" means that the United States gives up the settlement position of the dollar in international trade. Obviously, it is impossible.

At present, the COVID-19 pandemic is still in the climbing stage. The inflection point and peak cannot be seen. The low oil price under the pandemic also brings opportunities and challenges to China. Although the low price would not last long, China also saw the other side of energy security. The sharp decline in demand brought about by the pandemic will be the fundamental factor affecting the continued downturn in international oil prices, such as aviation, transportation, and other industries that are basically at a standstill. International oil trade will gradually tilt towards the buyer's market, which is a good opportunity for China, the biggest oil consumer country. Strengthening oil stockpile is an important short-term energy security strategy. However, China is also a big oil producer, producing 190 million tons of oil in 2019. Low oil prices will cause domestic oil fields to suffer losses, so preferential loans or subsidies should be given to domestic oil production and overseas oil field investment enterprises. At the same time, through this pandemic and the oil price war, China should have a correct understanding of energy security. On the one hand, they should re-recognize the impact of long-term energy trade dominated by the international seller's market on China's energy security. On the other hand, the domestic shale gas commercial exploitation process should learn from the United States, before reaching the absolute advantage of the market. Strategic stockpiles should be given priority. In the future, China would expand its voice in the international energy market to match its global economic status.

The oil price war eventually came to an end, and the pandemic will eventually pass. Close economic and trade activities have formed the energy security community of all countries in the world, and the issue of energy security will still be the focus of the world, and it will also be the stage of the game among countries in the world. However, "energy independence" is an impossible goal. 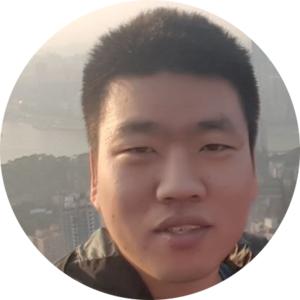 Dear Mr. Zhu—Could you please comment on the difference between “energy security” and the security of future human generations who would like to maintain a liveable planet?

I do appreciate you clearly laying out this perspective. I am aware of the “The trade currency settlement system with oil and US dollars as the core,” and that “the US economy has relied on the "oil-dollar" system, which controls and influences nearly 70% of the world's oil resources and major oil transportation routes through super-powerful military forces.” I think it is shameful, what the entity we call “the United States” is doing, as it plays this role in the game, expending a tremendous amount of energy resources maintaining and expanding its military hegemony in the process. But I think it is all shameful—the entire human-constructed game we all continue playing, the nation-state game conjoined with the global economics game—in light of what science is telling us about climate change, and our human place within the evolutionary and ecological scheme of things. We have the intelligence to wake up from our fixation on these human constructs and start transforming our economies away from fossil fuels, livestock production, and all the rest of what we now know is steadily making things worse for the integrity of the Biosphere, on which all of our lives—our real, biological lives, not our roles in these conceptual games—depend.

You write, in conclusion, “Close economic and trade activities have formed the energy security community of all countries in the world, and the issue of energy security will still be the focus of the world, and it will also be the stage of the game among countries in the world.” I suppose that “the energy security community” refers to the community of people, no doubt having representatives from all around the world, who do expect things to go back to business-as-usual, high-fuel-consumption ways of life (or anticipated ways of life if they see themselves as “developing” toward this), but there is another community of people, also from around the world, who are rejecting that unsustainable path into the future. Perhaps “the stage of the game” that is on the horizon will be a declaration that this “game,” in its present militaristic, economistic form, is over, and that the beginning of Homo sapiens sapiens finally living up to its name is upon us.

Dear Mr. Zhu—I would like to amend the comment I made yesterday on your article. Like I said, I am very appreciative of the way you presented what you see going on in the world of international economics. My point, perhaps not well conveyed, is that you are correct in calling it a “game.” It is a conceptual construction that exists in its present form because we all continue to hold it in our heads as a belief system. But since its nature is that it is only a belief system—unlike the biogeophysical systems of the planet, which exist as they do regardless of our human belief systems—it can therefore be changed by human agency. And since we are discovering that, as long as we continue engaging in the collective actions that are promoted by the current configuration of this shared belief system—which is indeed played like a “game” by major players—we are actually damaging these biogeophysical systems. We therefore have survival-related reasons to re-think what we’re doing, as a species, and make intelligent changes in these shared beliefs that will lead to remedial actions, not further destructive ones. And even though those in the upper echelons of the current power structure are strongly tied emotionally to “the game” by the “iron laws of competition,” perhaps even they could learn to resist the social psychology that currently has them trapped in a vicious feedback loop, since many of them must know is ultimately suicidal.

As a PhD philosopher with a strong science background, I do not mean to be discouraging to you, as a young person trained in this “game” of economics. Rather, I would encourage you, first, to become more holistic in your thinking, and incorporate the basics of what science is telling us, as we all should. And, second, please note: economics is not a science, to the extent that its primitives do not bottom out in the physical/biological reality; its primitives are something ontologically subjective, maintained by shared agreement among us humans. This might seem to be bad news for the current crop of economists, but it’s good news for us humans living on a finite planet of great complexity, because it says we can make changes in our economics, and possibly save our species thereby. I wish you and your generation the best of luck in thinking creatively about how best to do that!

Amell Amatino
How to achieve sustainability? Through Circular Economy!
Contributor
From the Editors, News and Opinion

Alexandros I. Stefanakis
Contributor Nature Sustainability
Behind the paper, COVID-19

+3
Allison Perrigo and 3 others
Springer Nature Sustainability Community
We use cookies to help improve your experience. By continuing to browse our website you are consenting to our use of cookies.
Learn more