Raw coal has long been a primary resource for rural residents’ heating in Northern China. Without desulfurization and denitrification, the SO2, NOx and other air pollutants from in-home combustion are directly emitted in the atmosphere, thereby resulting in severe air pollution. Realistic evidence in Northern China shows that the air quality in winter usually gets much worse than that in summer.

Recent years have witnessed the Chinese government’s great efforts to reduce the carbon and pollutant emissions from rural residents. A series of Electric Heating Policies (EHPs) has been issued since 2015, which enforces strict regulations to substitute electric heating in place of raw coal in Northern China. Up till now, many provinces such as Hebei and Shanxi have issued regional action plans to popularize electric heating for raw coal abatement. However, this shift has resulted in a sharp increase in electric loads, which may cause additional carbon emissions since China is the world’s largest coal-derived electricity producer.

Looking backward, our team was inspired by China’s participation in Paris Agreement and National Carbon Neutral Strategy. We thought that it would be interesting and meaningful to investigate how many tons of carbon dioxide could be resulted from electric heating loads in China. Then we began to work on this project about three years ago. We immediately kicked off the data collection about the status of different electric heating devices among several counties in Hebei province. We also contacted the staffs in State Grid Corporation of China for the power system-related data covering 16 provinces, municipalities and autonomous regions in Northern China.

Meanwhile, some of us worked on coding and initial simulation. After extending the provincial-level simulation to the entire Northern China, we surprisingly discovered the incompatibility between Electric Heating Policy and National Carbon Neutral Strategy. In other words, Chinese government used to expect both reductions in air pollution and carbon dioxide by designing and issuing EHP. However, the dramatic electric heating load would require more electricity from coal-fired power plants, thus leading to a higher level of carbon emission.

In this paper, we show that in 2015, an additional 101.69-162.89 megatons of CO2 could potentially be emitted if EHP was implemented in 45%-55% of rural residents in Northern China, which is significant and even comparable to the annual total emission of some countries across the world. For example, such incremental carbon emission approximately accounts for 31.02%-49.69% of France’s annual emission.

One of the major challenges we encountered is how to design a practical pathway toward low-carbon electric heating on the premise of China’s current situation. According to our study, we suggest that the carbon emission caused by EHP can be effectively offset by integrating the inter-provincial renewable energy or improving the efficiency of electric heating. Finally, based on the cost analysis for different electric heating technologies, we suggest the critical role of the government in providing adequate incentives to encourage electric heating among rural residents.

Hopefully, this paper will provide a fundamental theory and useful policy implications for China and other countries with similar situations. 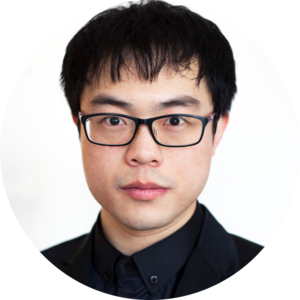