As the rhetoric on nuclear war heats up in the Ukrainian conflict, science diplomacy offers a principled way to deescalate without losing face. The ecological damage of conventional and nuclear war necessitates a sincere effort at such an approach.
Saleem H. Ali
Blue and Gold Distinguished Professor of Energy and the Environment, University of Delaware and GEF Science Panel
Follow
Like Liked by Saleem H. Ali and 2 others
0

The Biden Administration announced on August 27th, 2022 that they were appointing a new "Arctic Ambassador," due to growing security concerns highlighted by NATO in this region.  While the south pole has been a hallmark of science diplomacy through the Antarctic Treaty, the Arctic has been a far more contentious domain. However, if we could negotiate the Antarctic Treaty at the height of the Cold War at the altar of science, there is potential to do the same now with the Arctic. There is also precedent for global environmental systems research leading to improved relations between the former USSR and the United States. The International Institute for Applied Systems Analysis (IIASA) is celebrating its fiftieth anniversary this year and exemplifies the endurance of science as a cooperative tool when given a chance.

Science is suffering in the Russian-Ukrainian War, even in areas where there would be no security threat from collaboration – such as with environmental research. If we are willing to make “exceptions” for sanctions on fossil fuel imports and internet companies, why can we not make exceptions for scientific collaborations that would benefit the planet? Political borders and ideological differences are inconsequential to global environmental processes. If we are truly serious about climate change data, we cannot ostracize science from the world’s largest country by land-mass which occupies some of the most sensitive ecosystems to global warming.

The U.S. National Science Foundation has a major research program on “Navigating the New Arctic,” which is part of their “10 Big Ideas for Future NSF Investments” launched in 2017. In January of 2022 we submitted a collaborative proposal under this program to study ways of re-developing old brownfield mineral extraction sites in the Arctic dating back to the Cold War era. The proposal included partners in the five largest Arctic countries in the proposal: the United States, Canada, Russia, Denmark (Greenland) and Sweden.

Earlier this summer we got good news that our proposal was going to be recommended for funding, but only if we removed our Russian case study and forego any collaborations with researchers in the country.  Clearly this was NSF’s effort to comply with the White House guidance on cessation of scientific collaboration with Russia. I tried to find a way to convince the NSF that Russia’s vast terrain spans more than half of the Arctic and that excluding it from research would undermine the core of any Arctic research program. However, we could not prevail and eventually had to replace the Russian case study with one in Finland.

The United States and Russia have cooperated closely on Arctic research, particularly in the borderlands of the Bering Straits. Since 1991 the National Park Service (NPS) has supported a science and heritage research program. The United States bought Alaska from the Russians in 1867 for $ 7 million, that would amount to a modest $170 million in 2022 currency. Currently, the US has the highest security concern from Russia in Alaska because of threats made by Moscow politicians on reclaiming Alaska.  However, instead of falling for this bellicose baiting, we should deescalate the situation by continuing scientific research through the NPS program.

To be fair, the US government took a more cautious approach to cutting off science collaboration than European countries. The European Commission took the lead in severing research ties with Russia on March 3, 2022, a few days into the invasion. The United States has the largest research partnerships arrangements with Russia.  According to UNESCO, between 2017 and 2019 there were over 14,000 scientific papers co-authored between American and Russian scientists.

The high level of academic productivity in US-Russian science as well as the technical collaboration on space infrastructure gave the US more pause in halting scientific cooperation. There was even a proposal to give special visas for Russian scientists to move to the United States, since a vast number of them had opposed the war. However, this proposal also fell through as more hawkish views became dominant in Washington. We are now at a stage where essentially all collaborations have ceased. Even private institutions such as my alma mater MIT have halted longstanding collaborations such as the shared campus collaboration with Skoltech in Moscow.

All such “boycotts” or “severance” of ties is justified by proponents on the basis that most universities in Russia have connections to the state and hence Putin’s war apparatus could benefit from the research. However, the amount of funds used for basic science research, and particularly environmental research, is paltry compared with what we are allowing through exemptions or concessions to other countries from fossil fuel sales.

At best such protest gestures of preventing collaboration are symbolic, but science should not be sacrificed at the altar of sentimental symbolism. The US scientific research institutions should urgently consider a resumption of scientific collaborations with Russia on environmental research and other areas where there is no security threat. Such an effort might also help to open avenues of Track 2 diplomacy and lower the temperature of the conflict.  The ecological damage of this conflict is horrendous, and the more it is protracted the greater the risk of nuclear meltdowns at power plants or weapons usage (either through oceanic /terrestrial tests or in the war theater). Much as we must support Ukraine’s principled defense, we must also recognize a fundamental ground reality: an impaired planet due to stifled science or nuclear fallout will make any victory less sustainable for all of humanity. 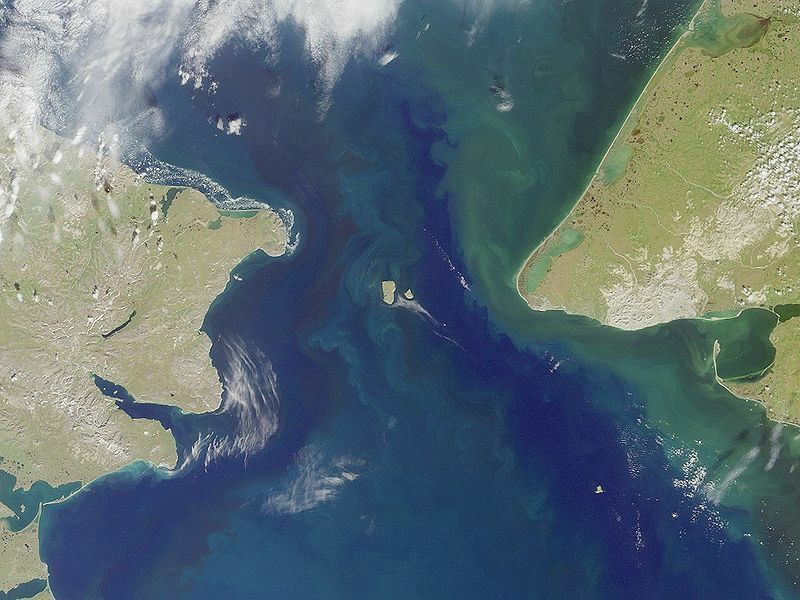 As the rhetoric on nuclear war heats up in the Ukrainian conflict, science diplomacy offers a principled way to deescalate without losing face. The ecological damage of conventional and nuclear war necessitates a sincere effort at such an approach.