Is the shipping sector ready for its transition to carbon-neutrality? On the example of European bulk shipping, we show that ammonia & methanol are promising renewable fuels to replace heavy fuel oil. However, a carbon tax of 300-450 EUR/tCO2 is needed to create a level playing field vis-à-vis HFO.
Maximilian Held and Boris Stolz
2 contributors
Like Liked by Evelina Satkevic and 1 other
0

To decarbonise the shipping sector, a deeper understanding of the suitability of carbon-neutral fuels is required. Here, the authors assess the techno-economics of a variety of energy carriers in terms of their ability to power the bulk shipping fleet in Europe.

Global shipping is responsible for about 3% of global CO2 emissions but this number could rise to 17% by 2050 if the sector were left unregulated.

After decades of inaction, the global shipping industry is starting to move. However, the International Maritime Organisation’s (IMO) Initial Strategy to reduce greenhouse gas (GHG) emissions from international shipping by 50% until 2050 compared to 2008 levels falls short of the climate crisis we are facing, in which the ten most expensive natural catastrophes in 2021 alone ”caused more than $170bn in damage”.

So, how can the shipping sector decarbonize?

Fossil fuels (HFO, MGO, LNG) can be replaced by renewable energy carriers. These can either be produced from sustainable biomass (biofuels), via thermochemical processes (solar fuels) or from renewable electricity (e-fuels). Since sustainable biomass will be crucial to decarbonize other sectors with fewer alternatives (like aviation) and solar fuels are still under lab development, e-fuels will be high in demand from the shipping sector. E-fuels are either e-hydrogen produced via electrolysis or hydrogen-derived fuels such as e-ammonia, e-methanol, e-methane or e-diesel. In principle, ships could also be electrified directly using batteries. But all these options (except e-diesel) feature lower energy densities than conventional fossil fuels, leading to higher masses and volumes of their energy storage systems. This, in turn, reduces the amount of cargo that can be transported by ships, and thereby, the revenue from transporting goods.

So far, the question how much the replacement of fossil fuels with e-fuels reduces the cargo capacity has been answered by scientific literature on the basis of reference ships. We expand this literature to answer the same question for a whole fleet of real-world ships, more precisely the bulk-carrying ships calling European ports. Coupled with an economic comparison of all e-fuel options, our study intends to contribute to more clarity regarding the best suited renewable fuel for the industry. which has been stalling progress out of caution not to bet on the wrong horse.

The techno-economic suitability of renewable fuels

We define a fleet-wide ‘attainment rate’ as the share of the total transport performance (in tonne-nautical miles, or short tnm) of the bulk-carrying ship fleet in Europe that can be covered by the use of new propulsion systems and fuels when considering their gravimetric constraints.

While only e-diesel and e-methane are not range-limited, e-ammonia and e-methanol can also have attainment rates >99% considering only minor adjustments to ship design or operation: e.g. adding a refuelling stop at the halfway point or accepting a cargo loss of <3%, i.e. freeing up less than 3% of weight-related cargo capacity for additional energy storage mass, and adjusting transport schedules accordingly (Figure 1).

Renewable fuels should be assessed according to a multitude of criteria, including their techno-economic suitability, their production efficiencies and associated impact on the energy system, and their safety and toxicity.

To complement the technology assessment above, we provide a literature review of total costs of ownership (TCO) for renewable fuels. By 2030, the TCO for a ship operator are likely to rise by a factor of 2-6 when switching from conventional fuels (like heavy fuel oil or MGO which ranks at about 40 EUR/MWh) to renewable fuels like hydrogen, ammonia or methanol (Figure 1) – with high uncertainties around assumptions like electricity prices and infrastructure investments. That green premium is primarily driven by fuel-related investment costs which have a share of up to 87% of the overall investment needs for such a switch.

We compare e-hydrogen, e-ammonia, e-methane, e-methanol, and e-diesel along their attainment rates, their projected TCO in 2030 and their production efficiencies. While e-diesel has an attainment rate of 100%, its low production efficiency of 37% and the related electricity costs are causing excessive TCO, the highest of all fuels. Only if bunkering and transport infrastructure costs are included to TCOs, gaseous fuels (hydrogen, methane) may feature even higher costs than e-diesel. That leaves ammonia and methanol as the two most promising fuel options for the bulk of European shipping. They combine high attainment rates with low TCO and production efficiencies of 41% (methanol) to 54% (ammonia).

In the end, there won’t be a one-size-fits-all solution. For short ranges, e-hydrogen might, for instance, have sufficiently high attainment rates, while reducing the electricity demand for its production compared to methanol by 25%. For short-sea shipping, battery-electric ferries can sustain certain shipping routes with even higher propulsion efficiencies.

What gets measured, gets managed.

Missing data has long prevented such assessments. In particular, the time-resolved emissions of individual ships and their cargo carried per voyage were not known so far for whole fleets of ships. In our study, we have combined data from the Monitoring, Reporting and Verification Scheme (MRV) of the European Commission, Automatic Identification System (AIS) data from FleetMon and emission reports (logs) from three shipping operators to overcome that data scarcity.

MRV data on a European level, and similarly data from the Data Collection System (DCS) of the IMO on a global level, have enabled a whole range of new analyses. More analyses of this kind are required to include other selection/suitability criteria. We call on the European Maritime Safety Agency (holding the MRV data) and the IMO to make as much data open access as possible. The value of open data to provide new insights for a successful energy transition has been shown by the recent excitement of researchers for the announcement of the International Energy Agency (IEA) to make their data open.

How can this study inform action?

Our study provides a first ranking of renewable shipping fuels according to different criteria on the basis of a real-world fleet of ships. The insights of our study can inform

Given the high initial costs for first movers, de-risking the first wave of zero-emission shipping projects by action of all three stakeholder groups listed above (e.g. within Green Corridors) will be crucial to reduce the green premium of renewable fuels. Cross-value chain collaboration will be key to success since the increase in TCO only boils down to a few percents increase in consumer goods prices. 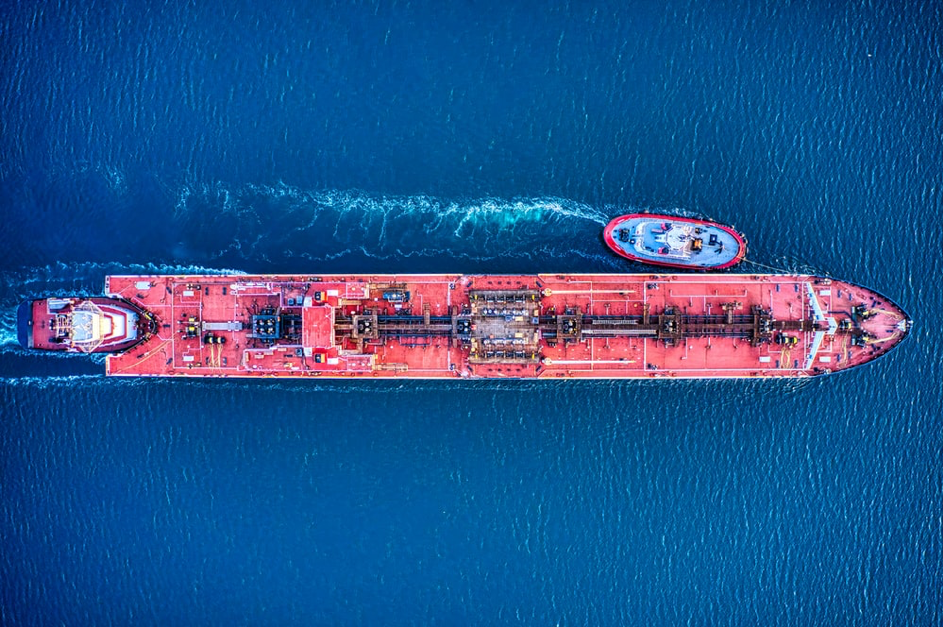 Is the shipping sector ready for its transition to carbon-neutrality? On the example of European bulk shipping, we show that ammonia & methanol are promising renewable fuels to replace heavy fuel oil. However, a carbon tax of 300-450 EUR/tCO2 is needed to create a level playing field vis-à-vis HFO.