As the world faces interconnected environmental, nutritional and climatic crises, there is the need to find new paths ensuring sustainable farming systems. This is how we discovered that decentralized, participatory breeding methods can achieve higher genetic gains in challenging cropping systems. 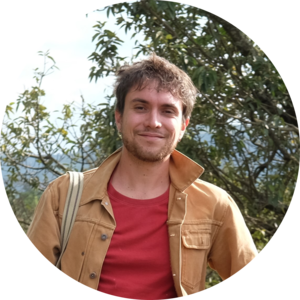 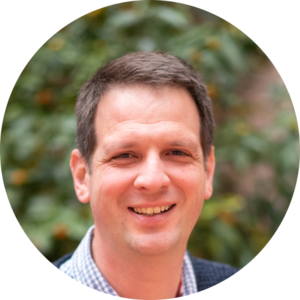 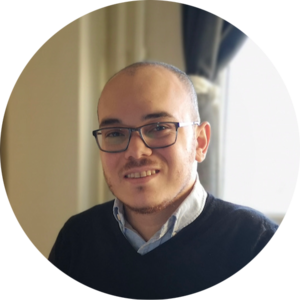 The Ethiopian highlands are a unique trove of cultural and agricultural diversity. In a landscape dominated by a patchwork of small fields cultivated with different types of cereals and pulses, millions of farmers maintain and propagate traditional crop varieties that have been selected to adapt to local cropping conditions. In a car ride from Bahir Dar to Geregera, in the Amhara region of Ethiopia, one may see an endless succession of villages (kebeles) alternating with vast swathes of land scattered with small fields of rice, sorghum, teff and, as elevation increases, wheat and barley. These small parcels of land are cultivated with a patchwork of agrobiodiversity, providing for local households. This landscape is paradigmatic of smallholder farming systems, where estimated 500 million farmers, mostly in the world south, provide sustenance to 2 billion people. This is where our team focused their research on new ways to accelerate the production of crop varieties with local adaptation.

Smallholder farming systems are typically low-input and low-yielding, with poor access to the chemical, mechanic, and genetic innovations that fueled the success of the green revolution of the 1960s. The large breeding programs that consolidated during that time provided enormous successes in terms of varietal improvement, aptly termed genetic gain. However, the potential yields enabled by the green revolution seldom delivered to challenging smallholder cropping systems, due to lack of inputs and poor adaptation of improved varieties to local farming conditions and local farmer preferences. This gap in realized impacts is exacerbated by the fact that new varieties are typically developed within a centralized system, in which an extensive characterization of genetic materials is conducted in research stations and then used to predict varietal performance in the target environment, such us farming locations. In heterogenous smallholder farming systems, as those in Ethiopia, a limited number of centralized breeding stations are inherently unable to capture the diversity of agroclimatic conditions and needs that farmer experience in their own fields.

Since over a decade, Bioversity International (now The Alliance of Bioversity and CIAT) and Scuola Superiore Sant’Anna, Italy, worked together to characterize the wheat diversity in Ethiopia smallholder farming systems. Our participatory research, developed with several local organizations and farming communities, relies on a multidisciplinary, data-driven approach to capture the sheer diversity of end user needs and challenges. We started characterizing the genetic diversity of Ethiopian traditional wheat varieties and characterize their phenotypic diversity in common garden experiment through participatory variety selection methods. By using DNA sequencing technologies to characterize the agrobiodiversity that is maintained by local farmers, is possible to derive insights in which crop genetic backgrounds are preferred by man and women farmers and use this information to drive crop improvement1. The most promising material was further characterized under farmers’ conditions using the triadic comparison of technologies (tricot) approach as a mean to improve the characterization of local variation in in farmer fields. In tricot, each of hundreds of farmers evaluates a different set of three varieties in their own fields, so that the combined farmers’ evaluations provide improved varietal recommendation2. Tricot captures on a big data dimension the diversity of farming environments and farmers’ traditional knowledge, and this results in a better match between crop varieties and local needs.

Building on our research on the field with The Alliance of Bioversity and CIAT and Scuola Superiore Sant’Anna, we set out to explore new and different breeding schemes targeting challenging farming conditions. Aiming at a new multidisciplinary approach, we joined forces with the Inland University of Applied Science in Norway and with the Kansas State University and Cornell University in the USA to develop a data-driven decentralized breeding scheme, or 3D-breeding. Our team developed 3D-breeding as combination of genomic characterization of crop varieties and their decentralized evaluation: a blend of agronomy, socioeconomics, climate science, and genomics. We tested 3D-breeding on the case study of wheat in Ethiopia, involving 1,165 farmers in three regions each providing a decentralized evaluation of four out of 41 wheat varieties. We characterized wheat varieties for their DNA diversity and combined this information with farmer choices of varieties and environmental diversity of farmer fields to prioritize genetic materials. We tested 3D-breeding against a benchmark representing a centralized breeding scheme, in which the same 41 wheat varieties plus hundreds more were extensively evaluated in four common garden experiments and used to predict performance in farmer fields.

We found that 3D-breeding increases the selection accuracy of local adapted wheat genotypes. In fact, it doubled the accuracy when compared to a standard centralized approach3. The difference in performance in the two breeding schemes stems from the fact that 3D-breeding makes a much better job in capturing local variation in thousands of farmer fields, which cannot be well represented by labor-intensive and cost-intensive characterizations in a limited number of centralized research stations. There is a tradeoff that makes 3D-breeding more effective than centralized breeding when targeting challenging farming conditions: although a smaller number of varieties can be evaluated in the decentralized scheme, each variety is evaluated in multi-locations under real farming conditions, better capturing the interaction of genotype, environment and management that determines crop performance.

We learned that a data-driven approach can effectively expand the sampling space of research to new, untapped sources of information including farmers’ traditional varieties and knowledge and location-specific agroclimatic conditions. For this reason, we propose 3D-breeding as a decentralized breeding approach to improve breeding decisions, and hence lower inputs for a greater sustainability, in conventional farming. Our results stem from the big data revolution that was enabled by genomics, geospatial analysis, and large-scale data analysis: a step forward to fully acknowledging the many challenges of agriculture in the XXI Century and the complexity and diversity of solutions required to address them in the real world.

Is the time ripe for personal carbon allowances?

Back to Behind the Paper
Next

+1
María Triviño and 1 other
Is the time ripe for personal carbon allowances?
Contributor Nature Sustainability
Behind the Paper

Is the time ripe for personal carbon allowances?