Rewetting our drained peatlands is a pivotal measure to reduce greenhouse gas emissions; but which rewetting strategy should we follow to get the most out of it?
Haojie Liu
Researcher, University of Rostock
Follow
Like

Rewetting agricultural peatlands first is the best strategy for reducing cumulative nitrous oxide emissions from European peatlands, according to an analysis of soil bulk density as a proxy for peat degradation.

Nitrous oxide (N2O) is approximately 265 times more potent than carbon dioxide (CO2) in atmospheric warming1. Drained peatlands contribute substantially to N2O emissions, however, estimating N2O emissions from peatlands is challenging especially at a national scale. The published IPCC default emission factors for organic soils2 have always been applied to estimate the N2O emissions. However, the representativeness of these emission factors is not convincing as only a small percentage of peatlands have been monitored and usually for a short period of time only (maximum several years). One recent study3 suggests that the N2O emissions from peatlands are closely related to the degradation stage of the peat. The more a peatland is degraded, the higher the N2O fluxes. The bulk density of the topsoil (0–30 cm) as a proxy for peat degradation was superior to other parameters (e.g. carbon to nitrogen ratio, pH) in estimating N2O fluxes. The distribution of soil bulk density in European managed peatlands indicates that most peatlands are highly degraded (high bulk density). Therefore, applying the IPCC default emission factors may underestimate the N2O emissions from drained peatlands, as the majority of IPCC emission factors is from lightly or moderately degraded peatlands.

Rewetting is an effective approach to reduce N2O emissions from peatlands, especially when the average annual water table is near or above the ground surface. In Europe, only approximately 1% of the drained peatlands have been rewetted4 so far. There is, however, a position developing that most of the peatlands shall be rewetted, but there is only little discussion on the rewetting strategy and which peatlands should be given priority in the rewetting endeavor. Several studies5,6 stated that lightly degraded peatlands should be prioritized for rewetting because costs are low and the biodiversity targets can be easily achieved. However, from the viewpoint of greenhouse gas (GHG) emissions, the highly degraded peatlands should be rewetted first7. Most managed peatlands in Europe are highly degraded and emit most of the GHG of all peatlands. Postponing rewetting of these highly degraded soils may increase the long-term warming effect through continued GHG emissions. The debate on rewetting strategies will continue and it is important to take all aspects such as GHG emissions, biodiversity, water storage, costs, societal perception among others into consideration.

The poster image is from Micha Weil (rewetted and now intensively studied peatland, which was formerly under agricultural usage). 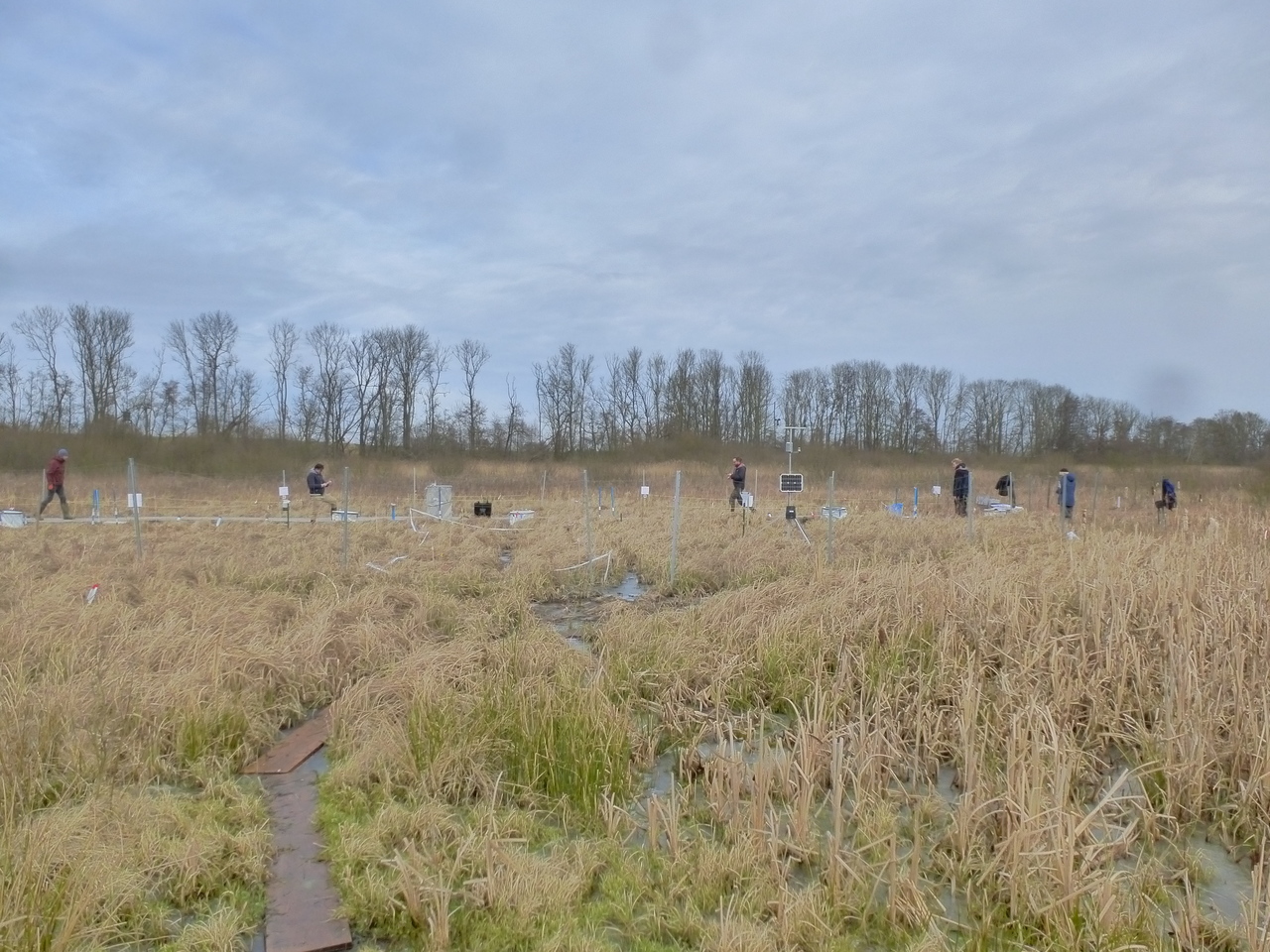 Rewetting our drained peatlands is a pivotal measure to reduce greenhouse gas emissions; but which rewetting strategy should we follow to get the most out of it?