The digital data dashboard has stepped into the spotlight as a means of distilling large spatial and temporal public health datasets into actionable takeaways for policymakers and the public. At the global scale, large headline indicators can be important drivers of change; at the local scale, one is left guessing as to whether, or to what degree, that headline indicator is relevant.

Dashboards allow large and complex datasets to be readily disaggregated and viewed from a variety of perspectives. Our paper, "Modifying national accounts for sustainable ocean development," addresses the crucial role national accounting plays in realizing a sustainable ocean economy and argues that dashboards can help national accounts fulfill this role in an effective manner. But talk is cheap, and we felt it was not enough to simply describe what could be done with dashboards—so we actually built one over the course of six weeks using off-the-shelf software and publicly available data from Statistics Norway (https://environment.yale.edu/data-science/norwegian-ocean-economy-dashboard/).

During this process, we found that our prototype dashboard facilitated high-level conversations about national accounting and the ocean economy. While some of these conversations were already ongoing as part of the High Level Panel for a Sustainable Ocean Economy, our dashboard changed the way in which ocean accounts were perceived. It allowed policymakers to ask richer questions of the accounts and fostered dialogue with the Deputy Director General for Maritime Policy in Portugal and the former Minister of Climate and the Environment for Norway via the panel.

Dashboards map the aggregate to the individual. For a venue as vast as our oceans, they effectively encourage dialogue at all levels of policy making. For a challenge as complex as sustainability, dashboards capture what matters most, with minimal loss of information, by presenting a plurality of indicators. One of the reasons we think dashboards have been an effective means of starting conversations about ocean accounting is their ability to “zoom in” on different subsets of the data. This allows the user to identify an indicator at the scale that is relevant to them, rather than having national accountants and statistics officers choose the sub-indicators they predict will resonate the most.

What is most exciting about digital dashboards for the ocean is that take-up of this approach has already begun. The United Nations Economic and Social Commission for Asia and the Pacific has produced a Pacific Ocean Natural Capital Account dashboard that uses the power of mapping software to convey detailed information about the state of the oceans; and, the United States National Oceanic and Atmospheric Administration’s Office for Coastal Management hosts the ENOW Explorer that displays detailed economic data for ocean related sectors at the county level.

It is not particularly novel that the dashboard we created can answer interesting policy questions like “By what percentage did the value added to the economy by the fishing industry change from 2006-2016?” However, the dashboard can follow up on those questions in a way that paper reports and static tables cannot. For example, it can show what species contributed the most to this change and whether it was driven by a change in the stock of fish or their value (See for yourself!). 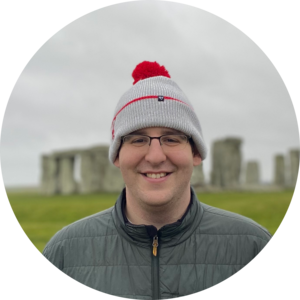