The 2019/20 Australian wildfires generated an unprecedented perturbation of the atmosphere eclipsing the effects of moderate volcanic eruptions. A striking discovery presented in a new study is the phenomenon of self-maintained smoke-charged vortex lofting solar-absorbing aerosols to 35 km altitude.
Sergey Khaykin and Bernard Legras
2 contributors
Liked by Sophie Godin-Beekmann

The 2019/2020 Australian wildfires generated a smoke cloud that organized itself into a persistent vortex structure and ascended to 35 km altitude through solar heating, according to satellite tracking. 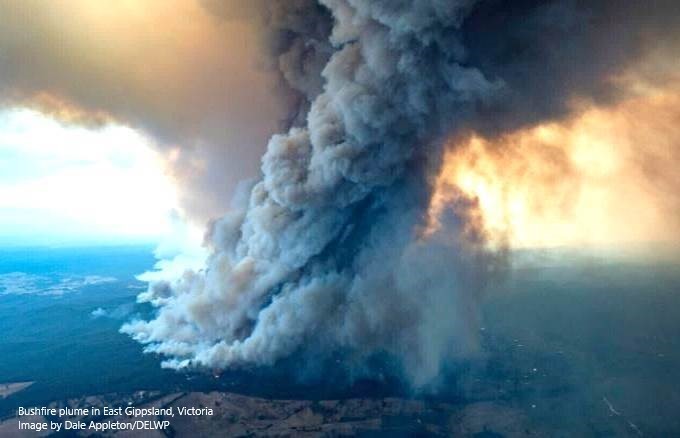