The Caspian Sea must not die 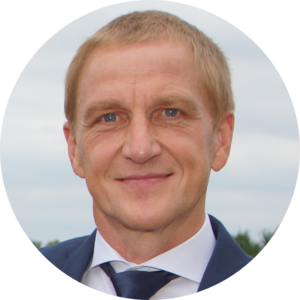 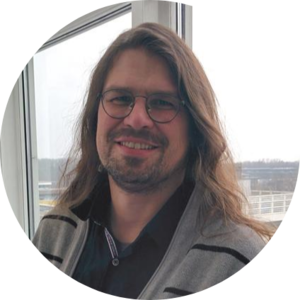 It is terrible to see an evolutionary giant die. The Caspian Sea – the world’s largest lake, located on the border between Europe and Asia – is a dying evolutionary giant. It is the remnant of the Paratethys, a vast inland sea that covered large parts of southern Europe and Central Asia until five million years ago and contains the highest number of unique (endemic) brackish water species in the world. Actually, it might be more accurate to say that it once had. Much like its smaller sister lake, Lake Aral, many species have quietly disappeared in recent decades. Quietly, because few biologists today work on the vast and remote Caspian Sea system.

To change this, we formed an interdisciplinary research team of highly dedicated researchers from 24 institutions. Using this EU-funded Marie Skłodowska-Curie Innovative Training Network ‘PRIDE’ (Drivers of Pontocaspian Biodiversity Rise and Demise) we sought to learn from past biodiversity crises to understand the current crisis gripping these unique biota. Some of us get excited about a tiny crustacean from 200 m water depth. Someone else about a fossil snail recovered during field work at 40°C and yet others about a climate pattern revealed after weeks of modelling. But all share the same passion for the Caspian Sea. PRIDE became a great scientific success. Our team was able to reconstruct changes in biodiversity and climate over millions of year, identify anthropogenic drivers of current biodiversity loss, and model future changes in the unique ecosystems of the Caspian Sea.

One of the most striking results is the projected Caspian sea level drop of 9 to 18 m until the end of this century, caused by a substantial increase in lake evaporation due to global climate warming. This decline will result in the shrinking of the Caspian Sea’s surface area by 23% to 34%, respectively, with dramatic impacts on biodiversity, people and geopolitical stability.

While most of the findings of PRIDE are highly alarming and clearly show the dramatic situation of the Caspian Sea, there are also a few glimpses of hope. Intensive field work showed that some endemic species survived in refugia deep in the Caspian Sea where they are easily overlooked. The highest endemic biodiversity of benthic species is found in water depths that are comparably little affected by human activities and impact analyses showed that one of the biggest threads – oil pollution – is actually decreasing.

Even though it may already be too late to save the Caspian Sea from dying, it is the responsibility of all of us to help protect this evolutionary giant. The Paratethys and its remnants have survived for 34 million years. We must not be the last generation seeing this and other evolutionary giants alive.

Martin Hergersberg
about 1 year ago

I always speculated that it should be possible to substitute the Wolga inflow to the Caspian sea via water from the Don river near Wolgograd? Certainly politically and technically complex. But given the long Russian history in in geo-engineering, certainly not a new idea?

Tom Wilke
about 1 year ago

This is an interesting proposal. However, diverting water from one river to another is a double-edged sword. The Don is essential for the water balance of the Sea of Azov. And the Sea of Azov is also dying, mainly because of increasing eutrophication. Moreover, the Don estuary harbors some of the last relict populations of Pontocaspian fauna, such as the endemic microgastropod genus Clathrocaspia. So playing around with the Don's water regime will create a new set of problems.

Thank you. Geoengineering seems in general to create more problems than it can solve:-(.

Dear Dr. Prange, dear Professor Wilke, thank you again. I do not want to be stubborn or obtrusive. And probably I am too much in the geoengineering world view. But the Isthmus between the Caspian and the Black sea has since centuries considered for a channel between these two seas (Manytschniederung – Wikipedia). Probably this idea has already been considered and discarded.

I am aware from the discussions around the still hypothetical planning of the Red Sea-Dead Sea channel, that such suggestions are very complicated. Not at least political.

Best wishes, and thank you again

Yes, it is true that the Black Sea and the Caspian Sea were connected several times in the past. And from the technical side, such a connection should be feasible. But from the biological side, such channels are the biggest spreader of invasive species in freshwater today. If we look at the Rhine-Main-Danube Canal or the Volga-Don Canal, the biological consequences were catastrophic. So we had better not make this mistake again.