The quirky metal which melts in the palm of your hand could help upscaling the green tech revolution
Saleem H. Ali
Blue and Gold Distinguished Professor of Energy and the Environment, University of Delaware and GEF Science Panel
Follow
Like Liked by Evelina Satkevic and 1 other
0

Through the monolithic integration of enhancement-mode n-type and p-type gallium nitride field-effect transistors, complementary integrated circuits including latch circuits and ring oscillators can be created for use in high-power and high-frequency applications.

The 2014  Nobel Prize in Physics was not awarded for the discovery of some esoteric atomic particle but rather for the development of a technology that impacts all our lives. The Royal Swedish Academy of Sciences noted in its announcement that the prize was awarded to 3 scientists who “invented a new energy-efficient and environment-friendly light source – the blue light-emitting diode (LED). In the spirit of Alfred Nobel the Prize rewards an invention of greatest benefit to mankind; using blue LEDs, white light can be created in a new way. With the advent of LED lamps we now have more long-lasting and more efficient alternatives to older light sources.” Isamu Akasaki of Meijo University and Nagoya University, Japan; Hiroshi Amano of Nagoya University, Japan; and Shuji Nakamura University of California, Santa Barbara, USA, were awarded the prize for this revolutionary technology.

The element which allowed this technology to be developed deserves our attention because its abundance and scarcity will have a major impact on how these technologies can be further utilized. Blue LEDs were made possible due to a little-known metal called gallium which can be found unassumingly under aluminum in the periodic table and has the unusual property of melting at room temperature. Like aluminum it is not found independently in the earth’s crust but rather bound with an array of other elements such as sulfur and nitrogen. Most of the ore for gallium comes from the mining of aluminum bauxite and zinc deposits. However, unlike aluminum which is among the most abundant metals in the earth’s crust, gallium is intensely scarce. The estimate used for gallium in the earth’s crust is around 16.9 ppm (for comparison, copper is estimated to be around 50 ppm in the earth’s crust and aluminum is around 82,000 ppm).

The current production of gallium is quite small since blue LED technology is just beginning to gain traction at a mass commercial scale and most of the other uses of gallium in semiconductors has potential replacement elements. However, if the full potential of LED technology is to be realized gallium will need be produced at a much larger scale. The good news is that currently we are only extracting around 10 % of the available gallium byproduct from bauxite aluminum mining. Yet, as the experience with other technology metals, such as rare-earth lanthanide elements has shown, demand can rise rapidly  over a short period of time driven by new products such as smart phones. Thus it is essential for mineral policy analysts to start developing cogent scenarios for gallium availability that takes into account the high energy cost of bauxite extraction as well as opportunities for harnessing gallium from recycled materials.  By one estimate in Japan approximately 90 tons of gallium was produced via recycling of scrap materials in 2010 and the US Department of Energy estimated gallium recycling capacity at around 42%.

As the Nobel committee  itself recognized in the announcement and advanced material posted on their web site, “the material that enabled the development of blue LED is gallium nitride.”  Gallium nitride also has remarkable electrochemical properties  The same nitride material is now gaining traction for another important green-tech revolution -- rapid charging devices. We know how central the charging device has become to the fourth industrial revolution -- every smart-phone, laptop computer, drone, and indeed  electric vehicle requires an efficient charging system. Although its semiconductor properties were well-known, the low-heat generation of gallium nitride charging systems is now gaining popularity as well.  Leading the effort is Navitas Semiconductor, a company that is developing a gallium nitride charging system which could reduce the home charging time for electric cars by a third.  This could have immense impact on consumer acceptance of electric cars.

Gallium has been noted as one of 35 critical commodities by the United States Department of Interior in 2018 and in March 2021 the US Geological Survey added gallium deposits in the United States to its Mineral Database. From 2020 to 2021, the price of gallium nearly doubled due to growth in demand and limited supply from mainly Chinese suppliers. The good news is that the Round Top rare earths deposit in Texas also has massive associated gallium deposits which could provide enough of the metal for a staggering 2,000 years! Although these estimates are based on current consumption which will undoubtedly rise with these new demand sectors, there is still plenty of supply available for the foreseeable future. Eventually recycling of gallium through modular design of electronic devices will also ease any market pressures. The unique properties of gallium are likely to yield further valuable uses and greater research on its compounds in chemical engineering programs worldwide should be a priority.

Saleem H. Ali is Director of the Minerals, Materials and Society Program and Blue and Gold Distinguished Professor of Energy and the Environment at the University of Delaware (joint tenured appointments in Geography and the Joseph Biden School of Public Policy); Senior Fellow at Columbia University's Center on Sustainable Investment; and Honorary Professor at the University of Queensland (Australia). He is also a member of the United Nations International Resource Panel and the Scientific and Technical Advisory Panel of the Global Environment Facility. Twitter @saleem_ali 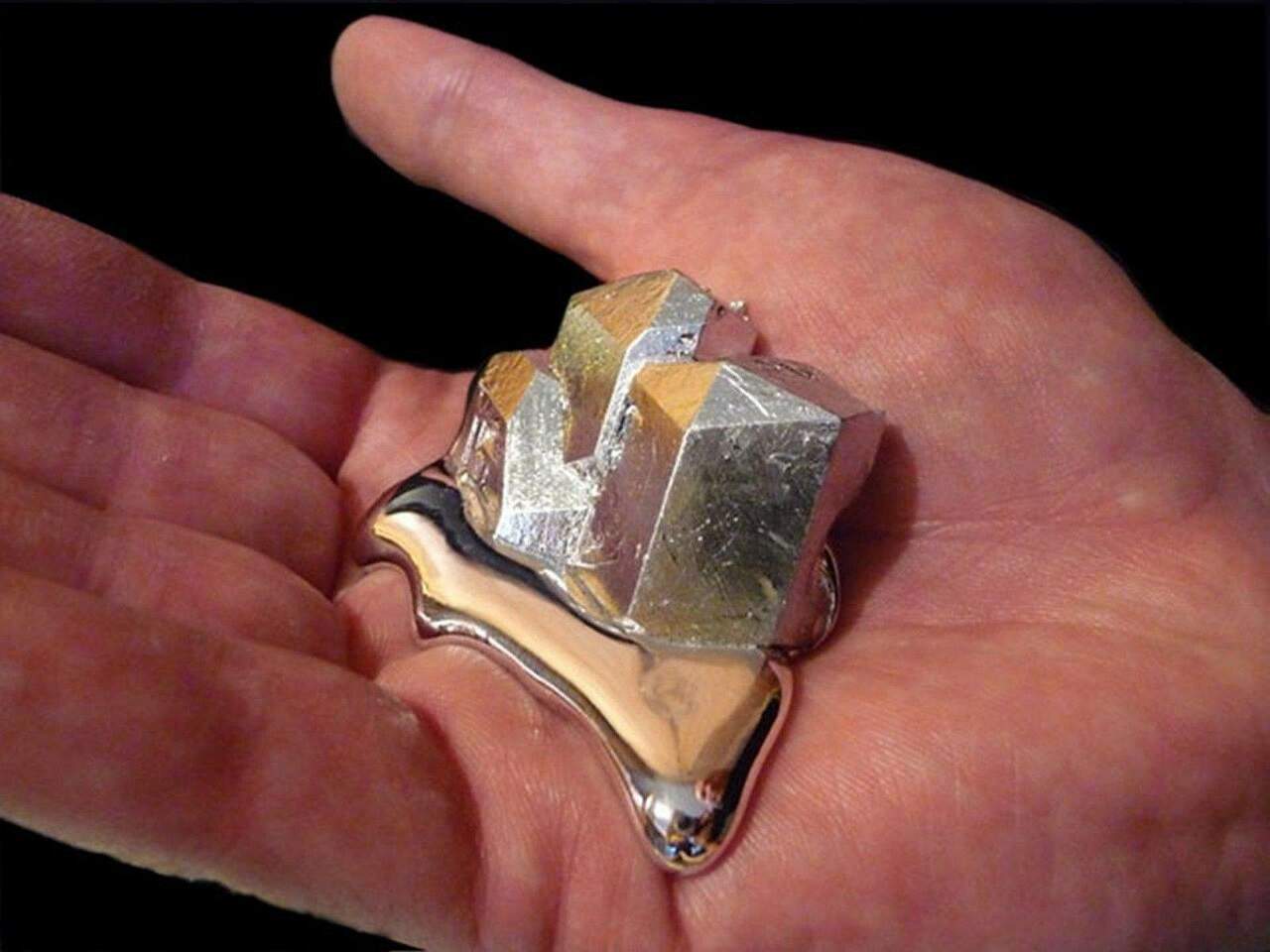