Our balance of natural capital is falling. We are accumulating an environmental debt that is becoming harder and harder for future generations to repay. We propose a Natural Capital Bank to take responsibility for protecting the environment. This is the story of how we got to our proposal.

+3
Michael Vardon and 3 others View all
Associate Professor, The Australian National University
Follow 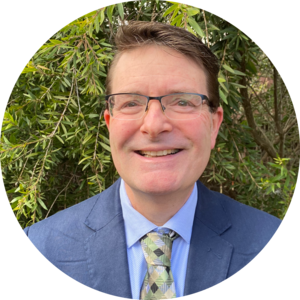 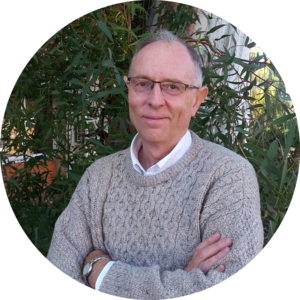 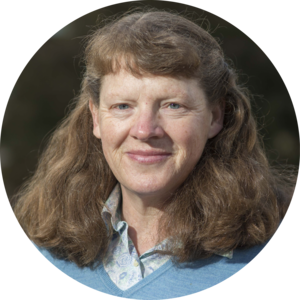 This “behind the paper” blog focuses on how we arrived at our proposal for a Natural Capital Bank rather than the functions and operation of the bank as we do in the paper published earlier this month.

The journey to publication was unusual. It began in mid-2020 in the midst of the COVID19 pandemic, with the publication of "The natural capital framework for sustainably efficient and equitable decision making" by Bateman and Mace (2020). At this time the System of Environmental-Economic Accounting – Ecosystem Accounting (SEEA–Ecosystem Accounting) was in the final stages of drafting.

There was much overlap between the two frameworks but we had noted differences and thought that each could learn from the other. A paper was duly submitted to Nature Sustainability but was immediately rejected as it was not appropriate for the category we had chosen, "Matters Arising". A dialogue with the Editor suggested that, with a revised focus, it could be appropriate for a "Comment" and we proceeded along this line. The paper made its way through the system, with submission and resubmission, in a very constructive review process. Time passed and what had started as a paper to inform technical discussions about the development of the SEEA–Ecosystem Accounting had to be reshaped to account for the fact that is was adopted as an international statistical standard by the United Nations Statistical Commission in March 2021. In the end we finished not with a technical comparison of two frameworks for integrating environmental and economic information, but a call for institutional reform, and a Natural Capital Bank, so that natural capital accounting could be used for the better management of the environment and economy.

A brief history of the natural capital decline and its recognition

In 1972 in Stockholm the world formally put the environment on the international agenda at the  United Nations Conference on the Environment. Nearly 50 years have passed and the importance of the environment to health and well-being of society and its economy is still high on the international agenda, most recently at the June 2021 meeting of the G7 where climate change, biodiversity and natural capital loss all featured.

Despite a plethora of international conferences, goals and targets aiming to slow, halt and reverse global degradation, we are still on track to environmental disaster. And the imperative of economic growth – as measured through GDP – continues to take precedence over environmental protection.

Many people have pointed to flaws in both the objective of economic growth and the measurement of this growth through GDP as well as the need for integrated information to support holistic decision-making. Nobel Laureate Joseph Stiglitz provides an accessible summary of this, placing it in the contemporary context of the COVID19 world.

The need for integrated information and better measures of progress was recognized at the Earth Summit in Rio de Janeiro, Brazil in 1992. Agenda 21 called for integrated environment and economic accounts and the task was duly passed to the United Nations. In March 2021 SEEA–Ecosystem Accounting was delivered. Of this the Secretary-General of the United Nations, António Guterres said:

"The adoption of this economic and environmental framework is an historic step towards transforming the way how we view and value nature. No longer will we allow mindless environmental destruction to be considered as economic progress."

High praise and an important step to be celebrated, the outcome of 30 years’ work. To take advantage of this work we need to take the next step and use SEEA–Ecosystem Accounting in decision-making.

We see the adoption of the SEEA–Ecosystem Accounting as the second step in a three-step process (Figure 1). Getting ecologists, economists, statisticians and accountants to understand each other and integrate the theory of all these disciplines was the first step.

In the process shown in Figure 1 it needs to be recognized that governments already receive a range of information from many sources – government agencies, business, civil society and academia. These information flows can and should continue.

Figure 1. The current and desired state of information flows, their organization and roles in government.

When considering how to take the final step, getting the natural capital accounts to be used, we reflected on the existing institutions of government. Our conclusion was that a new institution is needed; the existing ones have not delivered.

While economic institutions are adapting via, for example, the Network for Greening the Financial System, they continue to support the paradigm of economic growth using data from the System of National Accounting to manage the economy.

So how could existing institutions take natural capital accounts and use them to make decisions about the environment and the economy? Environment agencies could target areas in environmental decline for enforcement of current environment protection laws and request the resources needed to adequately enforce these laws. They could also build an economic case for more investment in environmental protection and restoration by valuing the natural capital and expected returns to the economy from ecosystem services. Both would be steps in the right direction within existing institutional arrangements.

And what of the economic institutions? They too could build an economic case for more investment in environmental protection. But would they use the accounts to identify activity harmful to the environment and constrain it? They have not until now, and we see little reason why they would in the future. Their goals are economic not environmental.

This institutional arrangement would turn the current paradigm on its head. Rather than Central Banks and other economic agencies considering the effect of economic decisions on the environment, a Natural Capital Bank would consider the effect of environment decisions on the economy. A lot technical detail would have to be worked out, just as was done for the creation of the SEEA–Ecosystem Accounting, but this can be done progressively.

We know the proposal for a Natural Capital Bank is politically unattractive. It forces governments, not only to recognize and act on environmental decline, but to arrest that decline where unsustainable.

We make the proposal for a Natural Capital Bank to further the discussion about how to make change happen. We have had general agreement on the problems for almost 50 years. We now have the SEEA–Ecosystem Accounting to analyze problems, inform solutions and monitor progress. What we are lacking is an effective institutional structure to translate knowledge into action. Achieving our vision of a Natural Capital Bank will take strong leadership. We see evidence of this leadership emerging. Our hope is that institutional reform happens fast enough to prevent environmental and economic disaster.

Six modes of co-production for sustainability

Michael Vardon is Associate Professor of Environmental Accounting at the Australian National University's Fenner School of Environment and Society. His knowledge spans data collection and analysis, account compilation, and its application to public policy.

His initial career focused on animal population dynamics and wildlife management. This shifted to environmental accounting in 2000 when he moved to the Australian Bureau of Statistics (ABS), ultimately becoming the Director of the Centre of Environmental Statistics, a position he left in 2014, with secondments to the United Nations (2007-2009) and to the Bureau of Meteorology (2012-13) as an advisor on environmental accounting.

Dr Vardon has worked across the globe, assisting more than 30 countries with the production, application and evaluation of environmental accounts. Much of this work has been funded by the United Nations and World Bank's Wealth Accounting and Valuation of Ecosystem Services ('WAVES') Global Partnership.