The record-breaking heat events in Europe during summer 2019 are discussed within the context of a warming climate and increasing soil-atmosphere feedbacks.

In the context of global warming, extreme heat episodes represent one of the 'hot topics' in current scientific research. Events such as the one observed in the summer of 2019 in Europe are becoming more and more recurrent, being associated to significant socioeconomic impacts and achieving widespread media coverage. These particular events broke historical records in widespread areas, many of those standing since the historic heat waves of summer of 2003. For the first time maximum temperatures above 45°C were observed in France, and the 'psychological barrier' of 40°C was broken in Belgium and the Netherlands. The current rate of record-breaking events is one of the consequences of the significant atmospheric warming observed during the last decades.

Following our previous studies on heatwave and saharan intrusions tracking, we analyzed the large-scale circulation features leading to the two periods when temperature records were broken: i) late June; ii) late July. While our results show a typical subtropical ridge pattern leading to stable and warm conditions in both events, a clear 'fingerprint' of a saharan intrusion is only noticeable during the first heatwave. In fact, this intrusion reached unprecedented areas towards the north, revealing a significant contribution of large-scale forcing and temperature advection. The fact that this mechanism was not the main driver for the late July heatwave led us to explore how an eventual regional soil desiccation process could have amplified the intensity of the second heatwave.

By looking at soil-atmosphere feedbacks, we have found that the June heatwave initiated a significant soil desiccation process, which was intensified by a prolonged dry spell between the two events. As a consequence, when ridge conditions established once again in late July, these energy transfer processes led to a significant amplification of surface temperature anomalies. In other words, under wet soil conditions, the July heatwave would have been less extreme than it actually was. Using an Analogues Method we have demonstrated this amplification process, and furthermore, we show how these feedback processes are becoming more intense in present climate, when compared to previous decades, thus highlighting the increasing role of soil-atmosphere interactions under Global Warming. 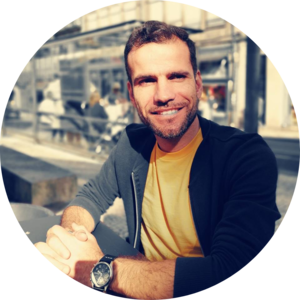