50 years ago, the Arctic Region and much of the research there was esoteric with few people and few countries interested and involved in Arctic issues and research. There was little or no concept of change and the perception was that the Arctic was more or less stable during this period. Since then, there has been a paradigmatic in the interest and understanding of the Arctic: current research focuses on change - changes in the Arctic climate, its landscapes, its ecosystems, societies and its geopolitics and in all topics, research has proliferated.

In October 1987, Soviet Union President Mikhail Gorbachev gave a speech in Murmansk calling for the Arctic to become a zone of peace. Almost immediately, the Arctic became a busy research environment and an area for international cooperation. At the same time, there was a new recognition that the climate of the Arctic was changing.  Soon, scientists and Indigenous Peoples started to notice changes in contaminants and their impacts, changes in biodiversity and the early warning signs of climate change impacts. The international community responded by forming the International Arctic Science Committee (IASC) in 1990. One of the first (1995) working groups “Feedbacks and Arctic Terrestrial Ecosystems: FATE” was led by Terry Callaghan and focused on conceptualising the impacts that a changing Arctic environment could have over wider geographical areas.

The Arctic Council established various working groups of which the Arctic Monitoring and Assessment Programme (AMAP) and Conservation of Biodiversity (CAFF) working groups played a leading role in assessing pollution and climate change and its impacts. Working together with IASC, they accomplished the world’s first regional assessment of climate change and its impacts – the Arctic Climate Impact Assessment of 2005 (ACIA, 2005) – a report written by more than 300 scientists working for four years to produce a 1020-page report. This ground-breaking assessment arguably provided the most substantial evidence of climate change for the Intergovernmental Panel on Climate Change Fourth Report of 2007 that led to the award of the Nobel Peace Prize.

The authors of the chapter on Arctic terrestrial ecosystems wanted to maximize global awareness of the issues and approached Ambio as an internationally highly regarded journal of the human environment. Ambio agreed to publish a special issue dedicated to this particular chapter of the ACIA and the first paper in the Ambio Anniversary Collection on Climate change impacts (Callaghan et al. 2004) is one of the papers in that Special Issue.

Six years later, a new report “Snow, water, Ice and Permafrost in the Arctic” – SWIPA – was published. Terry Callaghan was a lead author of the snow and permafrost chapters of the assessment and Margareta Johansson, a research assistant in the ACIA process, became a lead author too. The inclusion of Indigenous Knowledge in the ACIA now developed into the inclusion of an Indigenous lead author. Once again, some of the SWIPA chapters were published as a Special Issue of Ambio and the second paper in this section is a chapter on “The changing face of Arctic snow cover: a synthesis of observed and projected changes” (Callaghan et al. 2011).

The role played by the ACIA and SWIPA assessments not only alerted the world to rapid and harmful climate change but it also provided a platform for highly successful international cooperation between science and Indigenous knowledge that have provided a continuing and expanding international diplomacy in science. They were also part of major international initiatives that arguably changed the world’s awareness of the Arctic and climate change in general. 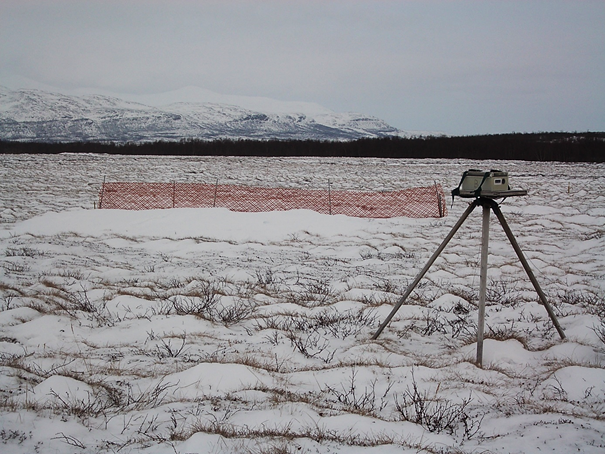