The Barcelona superblock has been put forward as an innovative urban strategy to transform cities to be more liveable and sustainable. Whether superblocks could potentially be implemented in other cities as well and how disruptive potential sites are to traffic is discussed here.
Sven Eggimann
Scientist, Swiss Federal Laboratories for Materials Science and Technology (Empa), ETH domain
Follow
Like Be the first to like this

The intensifying climate crisis and recent pandemic brought into sharp focus the urgency to transform cities and neighbourhoods to be more liveable, resilient and sustainable1,2,3. The infrastructure systems in many of today's cities are facing numerous challenges related to climate change, urban heat, noise or air pollution, urbanization or limited availability of urban green space. Pursuing sustainable urban design choices and rethinking infrastructure in cities is therefore urgent. Particularly the focus on public street space has been neglected as a potential opportunity to re-design cities. However, street space constitutes a large percentage of the area of cities: For European cities, an estimated 15–25% of urban space is dedicated to streets4.

Introducing superblocks
Originating from Barcelona, a superblock (Superilla)5 is made up of nine (3x3) urban blocks bound by exterior roads (Figure 1). Within a superblock, traffic is re-directed to prevent through traffic and speed limits are applied. Superblocks are an innovative and promising transformation strategy to transform public street space to enable multi-functional urban spaces for tackling numerous complexities in cities6. Superblock design allows to shift urban space assigned to car-based mobility to novel uses such as urban greening or pedestrian zones.

Surprisingly little research is available on superblocks and the application potential of this urban design concept outside of the Barcelonan context. The basic starting point of the superblock concept is a grid-like street layout. It is therefore tempting to think that superblocks are limited to cities with very similar urban morphologies. In a publication in Nature Sustainability, potential locations for superblocks were explored for a range of different cities with very different urban street layouts and urban morphologies. The miniblock is introduced, which can be considered as a lighter version of the superblock and consists of an urban area made up of 2x2 city blocks.

Superblocks in different cities?
Interestingly, many cities are independently starting to explore superblock design. However, current street transformation measures are typically so far isolated, temporary and small-scale (see for example Figure 2 for examples in Zürich) - The super- or miniblock could allow more comprehensive street transformation. A geospatial methodology using graph-based analysis and urban density allows the automatic detection of sites where it could potentially be conceivable to test super- or miniblocks. When searching for potential superblock opportunities, the geometrical properties of the urban block are relaxed: The city block length is allowed to deviate to a defined degree from the exact properties of the original Barcelona superblock. Like this, it is possible to identify similar urban layouts to the superblock in Barcelona. If the urban form is too different (e.g. the surrounding street around a superblock too long) then a neighbourhood is not considered as suitable for superblock design.
This approach was applied to different cities around the globe to provide a first estimate of superblock design opportunities. The percentage of the street network where superblock design could be applied ranges from a few percentages to over a third of the street network. Examples with very high potential are cities such as  Mexico City, Madrid or Tokyo. Even though these examples also show grid-like patterns,  potential sites were identified in all analyzed cities. Also, having a grid-like layout is not sufficient if also minimum urban density is used as a design criterion.

Superblock design inventively affects urban mobility. In addition to estimating the potential street length in cities that could form part of a superblock, flow algorithms are proposed to estimate how disruptive the introduction of superblock design is to traffic. The simulation results show that the street network layout of cities strongly affects how disruptive superblock interventions are. The potential disruption impact differs across the analysed cities and is determined by the street numbers, layouts and so on.  The applied approach thereby only considers superblock sites that do not include major roads, to exclude roads where the flow of traffic would be seriously disrupted and would need considerable re-design of existing urban mobility networks.

From this study, it becomes clear that many cities pose opportunities for transforming streets based on superblock design in high-density urban areas. These streets could be used for multifunctional street space and, for example, play an important role to address urban heat by implementing blue-green infrastructure, facilitating the implementation of bicycle routes or allowing the provision of more public street space for pedestrians, exercising and daily interchange. The simulations in this study serve as a basis for further exploration of the sustainability impacts of city transformation and allow the creation of city-wide superblock transformation scenarios. 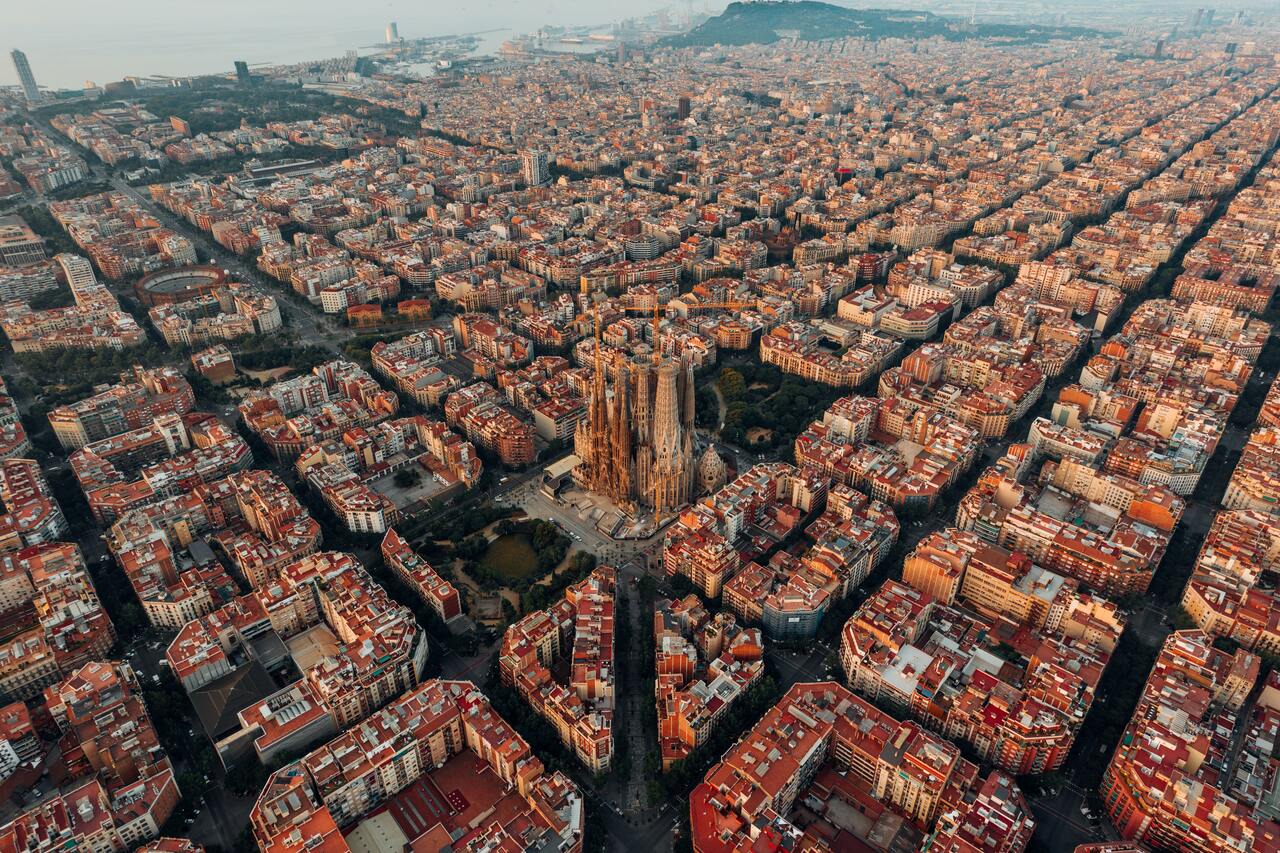 The Barcelona superblock has been put forward as an innovative urban strategy to transform cities to be more liveable and sustainable. Whether superblocks could potentially be implemented in other cities as well and how disruptive potential sites are to traffic is discussed here.