Contributor EJCN
Behind the Paper

The food residues and byproducts generated by the food industry can be used as part of the human diet to promote health.
Mônica Volino-Souza and Thiago Alvares
2 contributors
Like Liked by Chan Faith Ka Shun and 2 others
1

The food industry generates large volumes of wasted byproducts, from processing fruits to making products such as juices and jellies. Many of these residues are composed of rinds, peels, and seeds, which are normally discarded in the environment. Therefore, food waste is a universal concern that is noteworthy in developed and developing nations, connecting food health, food security and other primary sustainability aspects.

The utilization of residues and byproducts generated in the world's poor regions for the formulation of novel foods will directly benefit the local communities. Furthermore, with the help of food technology, some food residues with high nutritional value can be employed as part of the human diet to promote health.

Preceding a cardiovascular event, impairment of endothelial function occurs due to many factors, such as a disbalance between vasoconstrictors and vasodilator substances. For example, reduced nitric oxide, a potent vasodilator derived from vascular endothelium, is observed in several cardiovascular disease risk factors. Due to the important role of nitric oxide in vascular health, nutritional strategies have been adopted to increase nitric oxide bioavailability. Among these strategies, watermelon ingestion has been encouraged, given that this fruit is an important source of the non-essential amino acid L-citrulline, which is indirectly involved in nitric oxide synthesis. Interestingly, L-citrulline was first isolated from watermelon (Citrullus lanatus), coining the L-citrulline name. Because of that, several previous studies have investigated the effect of watermelon juice on vascular health in many clinical populations.

Why have we used microencapsulated watermelon rind?

Several factors can affect the L-citrulline content in watermelon, such as environmental (i.e., exposure to the stress of drought and high light intensity) and physiological aspects (i.e., cultivar, genotype, flesh color and fruit anatomy). For example, to elucidate the influence of fruit anatomy on the L-citrulline content, previous studies have demonstrated the difference in L-citrulline in different portions of watermelon. These studies have observed that peripheral portions, such as rind, present higher L-citrulline content than central portions (i.e., pulp). These findings are very interesting since watermelon rind is commonly discarded by the food industry, which could increase food waste and negatively impact the environment.

Therefore, the use of food technology, such as microencapsulation by a spray dryer could generate a watermelon product with the adequate L-citrulline dosage in an even smaller volume. The spray dryer technique uses hot air, which atomizes a solution (e.g., watermelon rind juice) into a solid concentrated powder since the water content is reduced during the process. Furthermore, the spray dryer process preserves the concentrated powder's L-citrulline content and avoids its degradation during storage. Thus, microencapsulated watermelon rind ingestion can be a suitable strategy to obtain the L-citrulline necessary to promote the beneficial effect on the cardiovascular system.

Strategies to apply watermelon rind in the diet 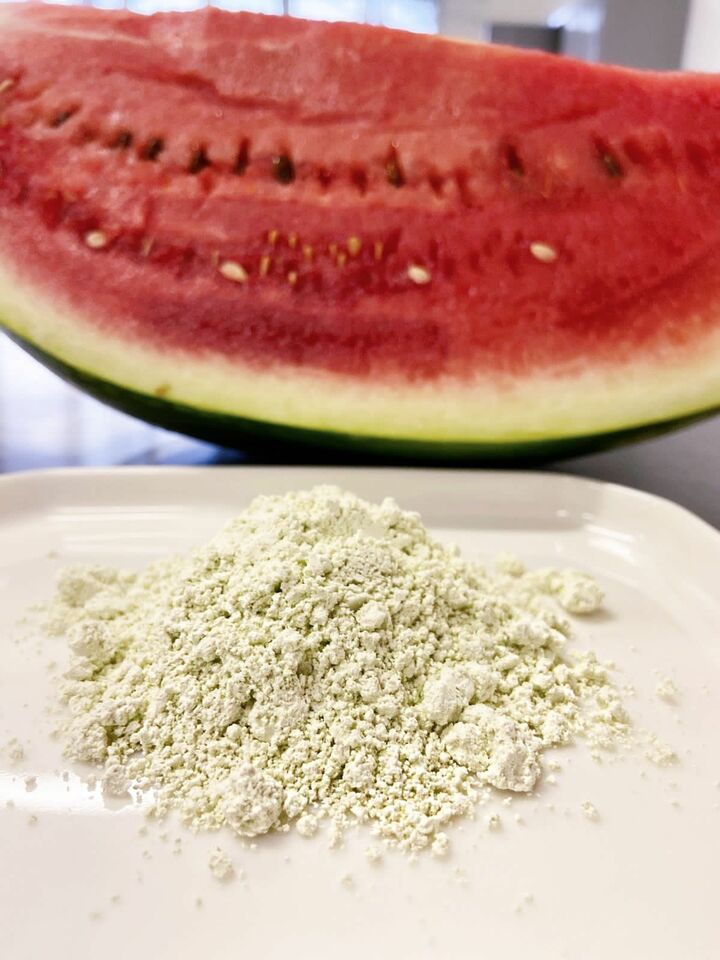 The food residues and byproducts generated by the food industry can be used as part of the human diet to promote health.