The 2015 Paris Agreement set an ambitious goal of limiting the increase in global average temperature to less than 2°C above pre-industrial levels by 2050. Achieving this target will require drastic changes to our manufacturing and energy sectors. For example, a recent study has suggested that between 2015 and 2050, the number of electric passenger vehicles needs to increase from 1.2 million to ~1 billion, battery capacity must rise from 0.5 to >12,000 gigawatt-hours, and solar photovoltaic capacity must increase from 223 GW to >7000 GW. This year, the World Bank released a report projecting that over 3 billion tonnes of minerals and metals will be needed to deploy the necessary wind, solar, and geothermal power, as well as energy storage, to meet these goals. As a result, metal demand over the coming decades is forecast to grow substantially beyond our current rates of supply, necessitating improvements both in the efficiency of recycling and in rates of mineral exploration success.

The 2008–2013 minerals boom saw levels of inflation-adjusted exploration expenditure more than 3.5 times higher than over any preceding six-year period. Despite this, the return of newly discovered mineral deposits has been underwhelming. A commonly held point of view is that the majority of regularly explored areas are now 'mature', in the sense that the easily discovered surficial deposits of any great size have already been found. For this reason, there is considerable effort being focused on opening up brand new areas for mineral exploration. A key frontier concerns deposits that are buried beneath the Earth's surface, and has led to the development of new programs such as the UNCOVER Australia initiative. It is through the Australian government's Exploring for the Future program that researchers from Harvard and Columbia Universities, Geoscience Australia, and the Australian National University came together to work on this intriguing problem.

Dr. Karol Czarnota works as a director for the mineral potential team at Geoscience Australia, the government's geoscience research agency. He and Dr. David Huston were working on some large, ~1.6 billion-year old lead-zinc deposits in north Australia, the distribution of which have been puzzling geologists for decades. These deposits form in sedimentary basins, where circulation of hot and salty fluids scavenges metals from one area of sediments and deposits them in another. The problem has been that for some reason, they are found only in very specific parts of the basins, making it hard to predict the location of new deposits.

During his PhD at Cambridge University, Karol had worked on understanding the structure of Australian lithosphere, which is the name given to the rigid upper portion of the mantle that forms tectonic plates. Rather than having a constant thickness, it is actually highly variable. In some places, it is up to 300 km thick (these areas are known as cratons), whilst elsewhere in the continents, the plate can become as thin as 75 km. What Karol realised is that the metal deposits in north Australia were all located along the edge of the craton, where the lithosphere begins to thin.

At this point, Karol approached two former PhD colleagues, Dr. Fred Richards and Dr. Mark Hoggard, who were now working at Harvard University in the US. These two researchers specialise in using the velocity of seismic waves that are generated by earthquakes and recorded on seismometers to map the thickness of the lithosphere. Together with Dr. Lynton Jaques and Dr. Sia Ghelichkhan at Australian National University, they teamed up to create a new high-resolution Australian map, and also a global map. It quickly became clear that not only all large deposits in Australia, but also those throughout the rest of the world, line up with the edges of cratons. By combining these maps with geological observations from the sedimentary basins, we now have a new tool for predicting the locations of mineral deposits, including those buried beneath the Earth's surface.

There is plenty of research still to be done on this topic, but we view our study as an important first step. Meeting future demand for metals in a socially and environmentally conscious manner is crucial to combating climate change and supporting ongoing sustainable development. We strongly believe in fostering collaboration between policymakers, academics, and industry. Good communication and scientific transparency are key to these efforts, and we welcome any comments and questions. Further information on our study can be found here. 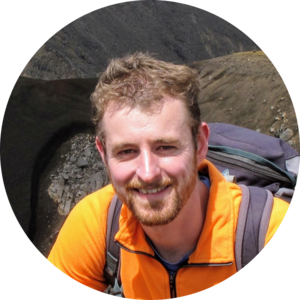 Alexandrine Cheronet
Can we have our cake and eat it too? The environmental and socio-economic impacts of ten decarbonisation policy instruments to foster a net-zero future
Contributor Nature Climate Change
Behind the paper

Can we have our cake and eat it too? The environmental and socio-economic impacts of ten decarbonisation policy instruments to foster a net-zero future

Chuan Liao
Springer Nature Sustainability Community
We use cookies to help improve your experience. By continuing to browse our website you are consenting to our use of cookies.
Learn more