Meat is murder not only for animals but for the global environment too. Meat production is highly intensive in its use of land and water resources, responsible for a substantial share of greenhouse gas emissions, and a major contributor to deforestation and biodiversity loss (see Ritchie and Roser 2020 for a summary of many of the impacts of meat production).

For these reasons and others, I have been thinking about the forces that drive meat production and consumption for a long time (see, for example, York and Gossard 2004). However, I have only recently put my finger on one peculiar problem: Many nations have expanded poultry and seafood production and consumption, which are generally less environmentally harmful than beef and sheep meat (mutton and lamb), but the environmental impact of the meat industry continues to grow. Why?

To address this question, I drew on what I have learned from studying another interest of mine: the political-economic forces that influence energy production and consumption. For most of my career, I have analyzed the social forces that affect the scale and composition of energy systems. In research I published nearly a decade ago, I identified a paradox based on analysis of cross-national, time-series data: for the most part, growth in non-fossil energy sources has done little to suppress the use of fossil fuels (York 2012). I think there are many reasons for this, but primarily it is because the structure of modern economic systems, especially capitalism, have inherent drives for growth, and powerful actors, like fossil fuel corporations, have an outsized influence on political processes (York and Bell 2019).

My research has also identified similar paradoxes in various other contexts. In an examination of the history of whaling, I found that, counter to popular perceptions on the matter, the rise in the production of petroleum beginning in the latter part of the nineteenth century not only did nothing to suppress the use of whale oil, but actually served as a means to drastically expand global whaling, since (among other reasons) fossil fuel powered ships and other technologies made it easier to catch whales (York 2017). In another project, my collaborators and I found that the global rise in aquaculture has not helped to suppress wild fish captures (Longo et al. 2019). Thus, it appears that what I call the “displacement paradox” may be quite common, where a newly developed or exploited product or resource that can in principle serve as a substitute for an established product or resource in practice does not seem to displace the established product or resource.

Reflecting on these findings led me to ask if a similar paradox exists for meat consumption. In particular, I wondered whether growth in consumption of one source of meat replaces the consumption of other sources of meat, or if there is a displacement paradox at work; that is, if growth in consumption of one source of meat does not replace anything but simply contributes to rising meat consumption overall. Over the past few decades, production of poultry and seafood have risen dramatically around the world. Since these meat sources, although having substantial environmental impacts of their own, are generally less damaging than beef and sheep meat, their growth could have some environmental benefits if they suppress the consumption of other meats.

Examining this issue led to the research I recently published in Nature Sustainability (https://dx.doi.org/10.1038/s41893-021-00714-6), which found, based on the analysis of cross-national, time-series data from 1961-2013, that (1) growing consumption of poultry (which rose five-fold per capita globally over this time period) has not had a noticeable effect on the consumption of other meat sources and (2) consumption of fish and aquatic invertebrates (which doubled in per capita terms over this time period), likewise, did not influence the level of consumption of land-based meat sources. Thus, rising poultry and seafood consumption appear to simply be adding to total meat consumption, rather than replacing beef, sheep meat, pig meat, and other meat sources. So, it seems there is a displacement paradox at work here.

As this research suggests, we cannot rely on simply expanding the production of lower-impact sources of food to push out the most harmful sources; we must work to actively suppress production of the most environmentally harmful sources, such as beef and sheep meat. In fact, given that aquaculture and the wild capture of fish have devastating effects on aquatic ecosystems (Longo, Clark, and Clausen 2015) and contribute to climate change (Sala et al. 2021), and that all other animal-based sources of food – including dairy, eggs, poultry and pig meat – also make outsized contributions to many environmental problems (Ritchie and Roser 2020), we should consider curtailing all food sources derived from animals. To do this will likely require collective action to challenge the power of the meat, dairy, and seafood industries. Big Oil and Big Coal are not the only enemies of the Earth. Big Meat, Big Dairy, and Big Seafood are also destroying the planet. In more ways than one, meat really is murder.

York, Richard and Shannon Elizabeth Bell. 2019. “Energy Transitions or Additions? Why a Transition from Fossil Fuels Requires More than the Growth of Renewable Energy.” Energy Research and Social Science 51: 40-43. 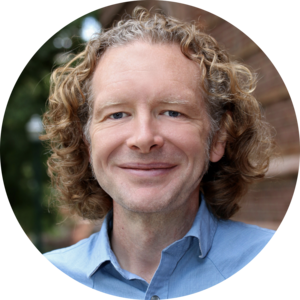 Mr. Richard, I've read this article, and I agree of course with the big impact of this industrie (Meat), but as you've said in your last phrases "...Big Oil and Big Coal are not the only enemies of the Earth. Big Meat, Big Dairy, and Big Seafood are also destroying the planet ..." I also want to join "Menkind" also destroys Earth!

The real cause, and the main cause of the Planet destruction, is called "Menkind" unfortunately.

We all know, that with the increasing demographics numbers can be worst in next decades, very soon. Look for the incresing numbers of China and very soon India, that will catch the first one, all countries in Asia and Africa. Do you expect that our planet, even if we change our food habits, will be benefit? How are you going to feed, hydrate all these billions of people? If you make a root cause of the problem, you will find the "excess of population" as is main cause for everything, and I don´t believe that those people doesn´t want to taste and consume all that we do! Yes, those who are living, and those who will born, in those countries, they all want the same as we. That´s why they want to come to Europe or to North America.

You also mencioned "...I think there are many reasons for this, but primarily it is because the structure of modern economic systems, especially capitalism, have inherent drives for growth, and powerful actors, like fossil fuel corporations, have an outsized influence on political processes ...." But I belive that , it was with the capitalist system that allowed you and all, to study, to work, to be a researcher and to pay your bills at the end of the month. Try to not have "capital = money" (You don't need to be rich) in our planet "Earth", and then try to live, even only eating salads, carrots or fruits.....

However, I do not intend to have an offense attitude, that was not my intention, Please forgive me, if I was rude, but I am saturated with seeing so much research always hitting the same key and not going to the point of the question "overpopulation" and then we can change almost everything that is not good for menkind.