Bangladesh is well-known for its frequent flood impacts. We’ve developed an approach to examine the impacts on vulnerable people of flood mitigation investments, which can unintentionally reduce agricultural production due to high salinity and waterlogging.
Emily Barbour, Mohammed Sarfaraz Gani Adnan & Kasia Paprocki
3 contributors
Like Liked by Evelina Satkevic and 2 others
0

People living in Bangladesh’s coastal zone face multiple water-related risks. This modelling study finds that rising salinity and waterlogging negate the benefits of rehabilitating embankments for reducing crop loss, with impacts being greatest for the poor. Drainage was found to reduce negative imp…

Bangladesh is one of the most vulnerable countries to climate risks, yet scientific understanding of how these risks interact with people’s livelihoods is lacking, along with the infrastructure intended to mitigate these risks.

Flood embankment investment decisions in coastal Bangladesh have been controversial for over 30 years. Their significant benefit in reducing flood impacts and supporting agriculture has more recently been mired by increasing waterlogging, salinisation, and social tensions between different land users.

We were particularly interested in impacts on the poor, as well as how benefits varied across the coastal region. Benefits and impacts can vary substantially due to differences in flood risk, proximity to the coast and therefore salinity, susceptibility to water logging, as well as the differences in land use, poverty, and social cohesion. Like all large infrastructure, embankments influence, and are influenced by, the broader social and political context in which they reside, which can consequently alter their outcomes from what was planned.

Embankment rehabilitation is again in the spotlight with major infrastructure projects such as the Coastal Embankment Improvement Project aiming to improve flood mitigation through the reconstruction and rehabilitation of embankments. This has renewed interest in improving the way in which decisions on large infrastructure are made, and in seeking alternative adaptation solutions for flood mitigation.

Interest in re-instating components of traditional methods of flood management, such as Tidal River Management, has occurred in parallel. This includes the deliberate cutting of embankments to allow temporary inundation and sediment deposition. The success of previous implementation has depended greatly on the physical ease of inundating a particular area, along with capacity for effective implementation and compensation to overcome hurdles such as social unrest and conflict.

Tensions between different objectives and management strategies for the coastal region led the project team to explore how embankment rehabilitation investment decisions impact different socio-economic groups, and whether some groups were likely to benefit more than others.

While modelled embankment rehabilitation was found to reduce flooding in some areas, benefits for agricultural productivity were limited due to salinity and waterlogging. Our model representation of improved drainage infrastructure resulted in better agricultural productivity due to mitigation of salinity and waterlogging. The modelled impact of salinity was found to be particularly high for subsistence farmers compared with small to large farm holdings, with vegetables being grown pre-monsoon when salinity is highest.

The dynamics of infrastructure investment

The degree to which models can capture these complex dynamics remains limited with existing modelling capability. The paper found an increased need to consider the social and political dynamics that shape how, and for whom, flood mitigation infrastructure is designed, operated, and maintained to complement modelling of human-natural systems.  The outcomes of flood management schemes are shaped just as much by the social and political contexts of their implementation as they are by their physical design and construction. Flood mitigation plans that neglect attention to these contexts risk exacerbating rather than mitigating threats.

In some areas, wealthy land holders and government actors have controlled embankments and drainage infrastructure to support individual interests and alternative productions systems such as aquaculture. Aquaculture is typically less labour intensive, which reduces employment opportunities and can drive out migration.

These types of dynamics are not limited to coastal Bangladesh, and provide important implications for infrastructure projects globally.

Increased consideration of these natural and human dynamics in infrastructure planning processes and models will help ensure effective adaptation strategies. Major investments in infrastructure are, and will be required in the future, to mitigate the greatest threats of flooding and climate change; yet those investments must be made with careful attention to how their impacts are distributed within communities or risk maladaptive consequences. 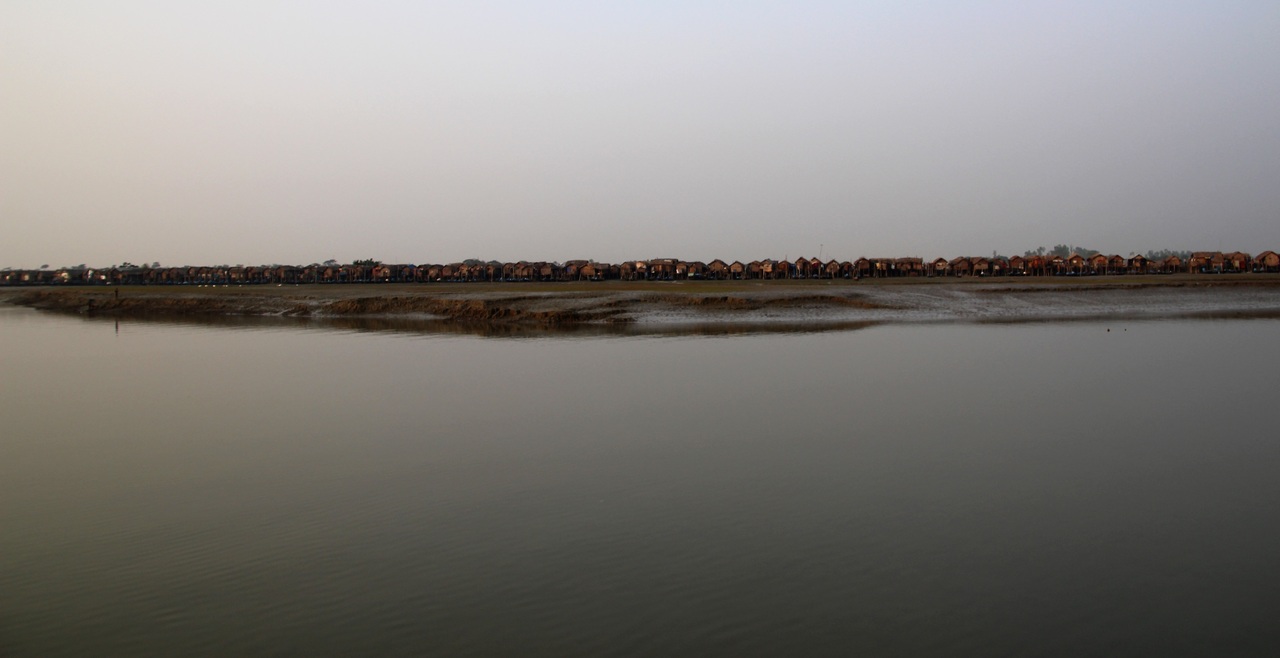 Bangladesh is well-known for its frequent flood impacts. We’ve developed an approach to examine the impacts on vulnerable people of flood mitigation investments, which can unintentionally reduce agricultural production due to high salinity and waterlogging.