+2
Carlos Muñoz-Royo and 2 others View all
Researcher, MIT
Follow 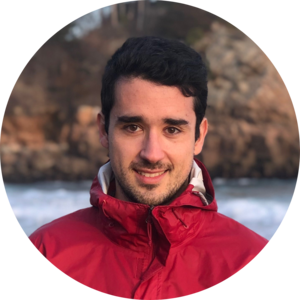 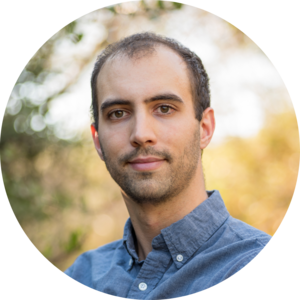 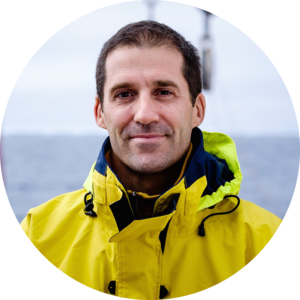 Deep-sea nodule mining is possibly on the verge of becoming a new global extractive industry, and the sediment plumes inevitably created by such activities lie at the heart of setting the scale of the indirect environmental impact. During nodule mining (Fig. 1), a collector vehicle will pick up sediment as it drives along the seabed. Most of this unwanted sediment is expected to be discharged at the rear of the vehicle, close to the seabed, resulting in a so-called collector plume. The remaining sediment is lifted up with the nodules to a surface operation vessel, where it is separated from the nodules and returned back to the ocean, either in the midwater column or near the seabed. There has been a great deal of speculation, and misconception, around the form and scale of these sediment plumes. Although the problem is challenging, predicting the scale of such sediment plumes can be tackled via well established fluid dynamics tools and scientific principles.

The main challenge for predicting the scale of nodule mining sediment plumes is the wide range of time and length scales involved: from rapid turbulent mixing close to a collector discharge to the twenty year timescale of a nodule mining project, and from micron-scale sediment particles to the span of ocean basins. It is currently impossible for numerical models and computational capabilities to address such a wide range of scales in just one simulation. To date, modeling attempts have inevitably had to compromise in various ways (e.g. Segschneider and Sünderman, 1998; Rolinski et al., 2001, Aleynik et al., 2017; Gillard et al., 2019), for example: overlooking the specific behavior of a discharge immediately upon release, using a spatial resolution that cannot capture the fine scales of the plume, using parameterizations that do not truly reflect conditions at the area of interest, and/or producing results too limited in scope to characterize environmental impact.

The work in our article is guided by four key principles. First, we use a multiscale, multidisciplinary approach, so the appropriate models and experiments are used at the appropriate scales, allowing reliable information on the smallest scales to inform modeling on the largest scales. Second, dimensional analysis, a tenet of fluid dynamics research, is used to underpin our research and clearly establish the appropriate dynamic regimes of a seabed mining plume. This enabled us to conduct the appropriate field experiments without having to travel all the way out the midst of the Clarion Clipperton Fracture Zone (CCFZ) in the Pacific Ocean. Third, we employ the concept of a dynamic plume, which is the state of the plume immediately after discharge where release conditions dictate matters, followed by the concept of an ambient plume, where the initial disturbance associated with the dynamic plume settles down and becomes passively advected by the background ocean currents. Finally, the key ingredients required to reliably model the scale of sediment plumes are clearly identified and constrained, these being: (i) the discharge conditions, (ii) the sediment properties, (iii) the characteristic ocean currents, and (iv) the ocean turbulence intensity.

In our study, an established dynamic plume model was adapted and validated via a large-scale field experiment in the Pacific ocean, using sediment from an actual nodule mining area in the CCFZ. We designed a plume creation and monitoring system and installed it aboard the R/V Sally Ride (Figs. 2 and 3), a significant practical challenge being to ensure the system ran smoothly on a heaving, rolling and pitching vessel. Established and novel instrumentation was integrated to get key in-situ data sets from the plumes. Notably, a Phased Array Doppler Sonar (PADS), and a fast vertical profiler going up and down from 120m of depth to the surface were used to acoustically image the plume and to measure in-situ turbulence properties, respectively. Water sample analysis revealed that the plume diluted rapidly and disaggregated the sediment into its finest components, which proved to be a key piece of in-situ learning to inform the modeling. With this information in hand, we were able to run an appropriate large-scale numerical simulation for a commercial-scale midwater plume, whose inputs on the smallest scales were reliably informed by our established dynamic plume model. 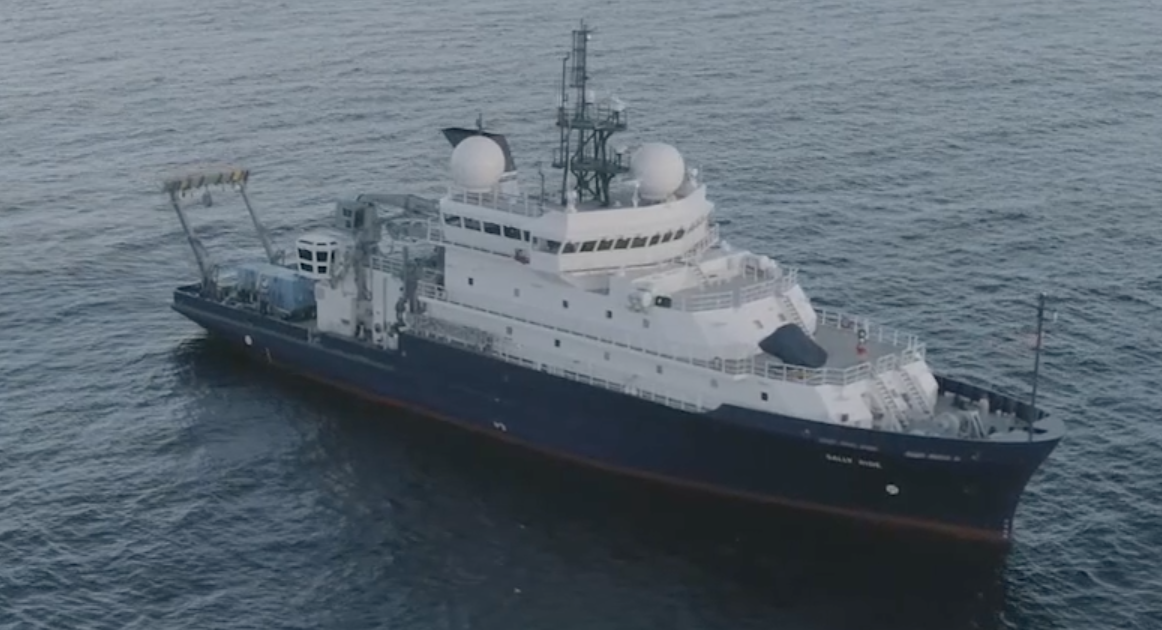 Having established the appropriate modeling of a midwater plume via our multidisciplinary approach, there is now a greatly enhanced capability to predict the scale of deep-sea mining midwater plumes. A key takeaway from our studies, however, is that such models need to be used correctly, with an appreciation for their limitations and an understanding of how best to overcome those limitations. Simply running an ocean-scale numerical model of a deep-sea mining plume for timescales of  months and years is unlikely to provide realistic predictions due to unavoidable constraints on spatial and temporal resolution, which limit the ability to resolve critically important physics such as small-scale ocean turbulence and its impact on sharp features of sediment fronts. More sophisticated and physically informed tools blending mathematical and numerical modeling that we are now developing will need to be used.

Looking ahead, the most important steps for characterizing the impact of plumes are to more clearly establish the expected operational parameters for a deep-sea mining operation, to get more in-situ data for turbulence levels in the abyssal Pacific Ocean, and of utmost importance is to establish threshold levels for suspended sediment concentrations above which there will be environmental impact. As we show in our paper, whether a threshold level is a fraction of the very low background levels of the abyssal ocean or many times such background levels will influence the extent of impact of a sediment plume by orders of magnitude. In turn, this will inform assessment of whether a midwater column release should be considered instead of trying to return the sediment-laden water all the way back down to the seabed. Although the latter is often naively assumed to be a less impactful option, it has potential pitfalls and has yet to be properly assessed. Here again, fluid dynamics studies based on dimensional analysis and established plume models are needed before an informed decision can be made.

We are now in the process of applying our multiscale, multidisciplinary methodology to understanding the sediment plume discharged by a collector vehicle close to the seabed. Our latest modeling studies have established the dynamic behavior we expect for a collector plume (Ouillon et al., 2021). In April and May, our research team participated in the first trials of a prototype nodule mining vehicle in the CCFZ since the early 1980’s. During these trials, we successfully deployed a novel monitoring strategy, based on fundamental understanding of the underlying fluid dynamical models and the associated physical oceanography. Our experiments included custom-designed collector vehicle maneuvers and the use of a new sediment characterization instrument being developed in partnership between MIT, Scripps Institution of Oceanography and Sequoia Scientific.

With field experiments such as these in hand, over the next year or two we will develop a greatly enhanced capability to model sediment plumes generated by deep-sea nodule mining, enabling informed predictions of how far and in what concentrations such plumes are carried by ocean currents, which in turn can inform international decision-making processes. Dedicated field studies are essential to ground truth these modeling efforts, particularly for the case of the collector plume where the seabed topography and the vehicle design will have a significant impact on a plume behavior that is less established than for a midwater release. As these efforts increasingly instill confidence in our understanding of the physical extent of deep-sea mining sediment plumes, the remaining challenge will be to establish the interaction of plumes and biology in order to determine the scale of the indirect impact.