The world’s agriculture and food security research and policy communities recognize that increases in agricultural yields alone are insufficient to resolve global food insecurity. While technological innovation in agricultural production over the past several decades has greatly increased global capacity to produce agricultural commodities, food insecurity remains in all corners of the globe, rich and poor, with an estimated 690 million people suffering from hunger, a number that has been on the rise for the past several years, despite agricultural production gains. The COVID-19 pandemic has also put concerns about food security in stark relief. Major food shortages caused by the pandemic appear limited so far but with declines in economic demand and resulting job losses, livelihoods and incomes are under severe stress, lending even more urgency to improve understanding of the complex linkages between agricultural production and food security outcomes.

Our own mental models often drive how we think these relationships work and inform the resulting policies and programs. But, with increasingly observed divergences between agricultural and food security outcomes, we need to be sure they are accurate. In our new study in Nature Food, we review dozens of conceptual frameworks linking agriculture and food security currently in use in academia and policy settings. We systematically assess how they present and describe key linkages between agricultural production and food security, paying special attention to how they represent interconnections, feedback, and dynamics, which are critical for ensuring the model accurately represents reality.

We find that, although each framework effectively represents an agriculture-food system, there is a high degree of variation in the conceptual presentation of important relationships between agricultural production factors and the food security status of the relevant population described. Some of this variation is naturally due to the differences in agricultural production and food security settings underlying the frameworks we considered. We find that these conceptual frameworks could be quite useful for more specific analysis, hypothesis generation and discovery of intervention leverage points if systems modeling conventions were more broadly and consistently applied during the course of conceptual framework development.  Systems modeling tools can also be easily adapted to reflect the variation in settings the frameworks represent.

To demonstrate this potential more specifically, we use systems modeling tools to transform a widely used conceptual framework linking pathways between agriculture and nutrition in India (Figure 1. from Kadiyala at al (2014)). Our modified conceptual framework (Figure 2) highlights a larger number of direct relationships, tracing more specific steps that occur between the stages of household food production and subsequent household food consumption choices. For example, a stated objective of the Kadiyala et al paper is to track maternal and child nutrition outcomes. With a more systems-oriented representation of the joint agriculture and food security environment in question, we can track the role of gender more directly across each step and identify in some cases opportunities to study and measure the strength of these relationships that eventually compound and build towards observed food security and nutritional outcomes for women, mothers and children. We can also more clearly identify feedback relationships that may lead to unintended consequences and policy resistance of particular food security policy interventions, such as food price subsidies, that may differentially impact net sellers vs net buyers of food. 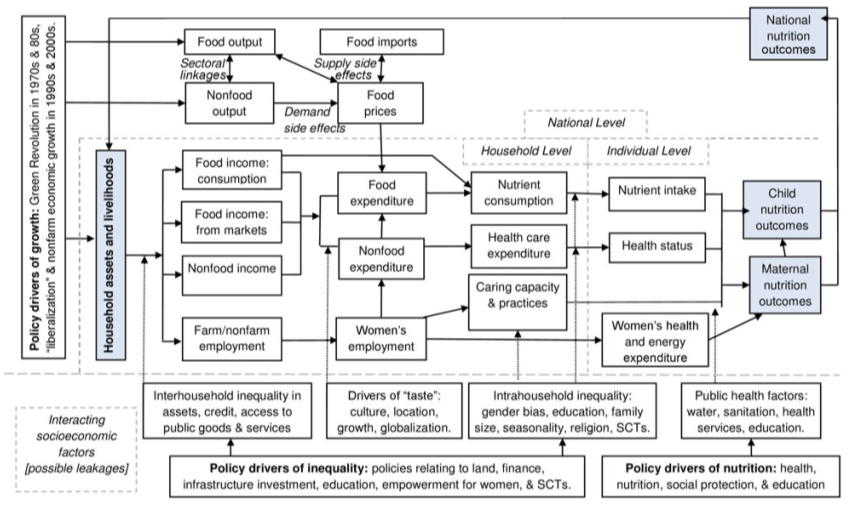 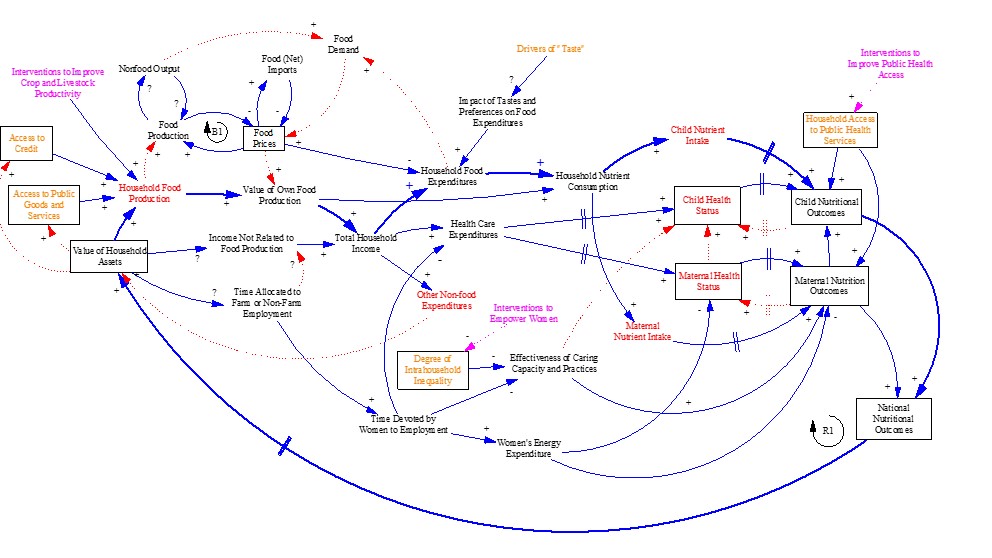 Our exercise shows the potential value of applying systems tools to effectively capture the most important aspects of the complex relationships that exist between agricultural production and food security outcomes. Development of conceptual frameworks of these relationships is often the first step in determining research priorities and developing policy interventions to improve food security. We believe use of systems modeling conventions can add clarity to discussions amongst researchers, policy makers and stakeholders on where to best apply our collective efforts in both the agricultural and food security domains to achieve maximum improvement in human welfare. 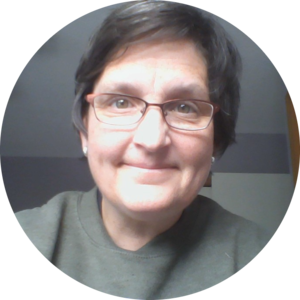